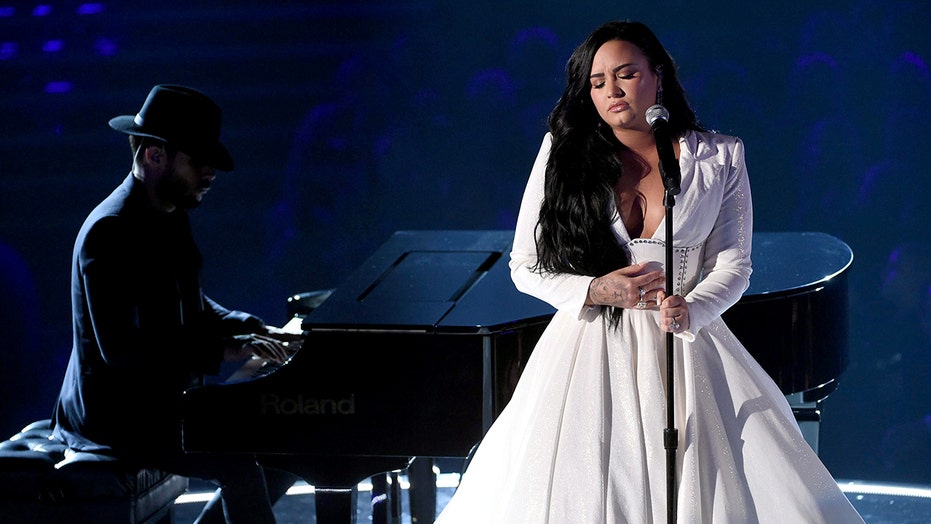 Demi Lovato returned to the stage for the first time since she almost lost her life last year.

The singer, 27, debuted her new song "Anyone" at the 2020 Grammy Awards on Sunday night and looked stunning in a white gown.

After an introduction by "Little Women" director Greta Gerwing, Lovato was so overcome with emotion when she began to sing she paused to collect herself before starting the song again.

The lyrics touched her state of mind last July before her overdose. She actually wrote the song just before the incident.

On Friday, the “Heart Attack” songstress spoke with Zane Lowe on Apple Music's Beats 1 in her first extended interview since she was hospitalized following the incident and shared an update on her overall progress and how her newfound faith in God helped her bounce back in a big way by finding her purpose in life.

Lovato is also set to perform the national anthem before this year's NFL Championship game on Feb 2. Shakira and Jennifer Lopez will perform the halftime show.