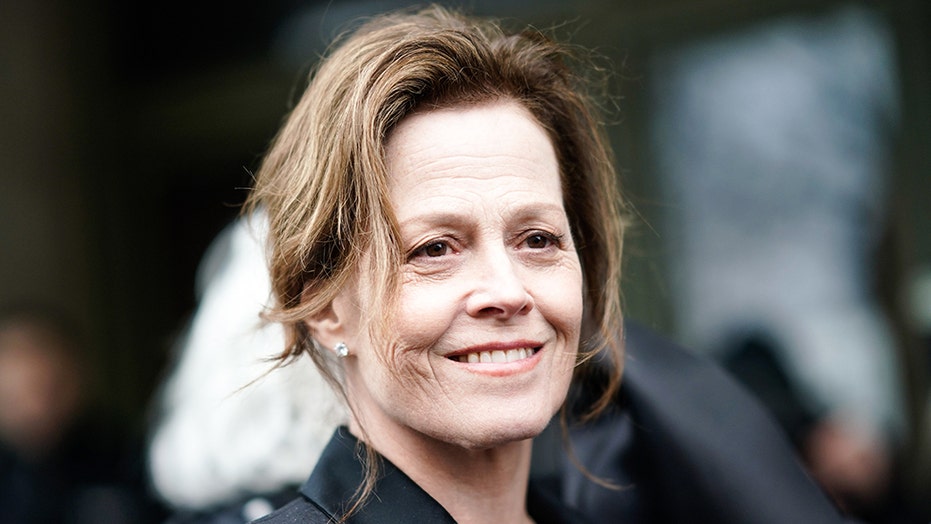 High school students in New Jersey holding an encore of their stage production of “Alien” had an out-of-this-world surprise visit from one of the movie’s original stars: Sigourney Weaver.

Weaver, who played the character Ellen Ripley in the 1979 film that later spawned a franchise, surprised students at North Bergen High School on Friday evening when she attended the encore performance of "Alien: The Play.”

“How exciting is it to be here tonight?" Weaver reportedly told the audience, according to the North Jersey Record, which noted some 800 people attended the production Friday.

"This is the night I've been waiting for!" Weaver added. "I've only been here a couple of hours, but I can tell this is a very special place in a very special town, and in a school like this you have extraordinary teachers…I met the students and I want to say they are so great."

A video of Weaver greeting the play’s cast after the production has gone viral on Twitter, boasting nearly 230,000 views as of Saturday afternoon.

MIRANDA LAMBERT REVEALS SHE NAMED FASHION LINE AFTER HER HORSE

“Sigourney Weaver visiting the NBHS cast and crew at their encore performance of Alien after national media recognition was unbelievable!” Nicholas J. Sacco, who is the mayor of North Bergen and a state senator representing New Jersey's 32nd district, wrote alongside the video.

Gabriella Delacruz, 18, who was cast as the production’s main character, told the New York Post meeting the actress “was unreal."

“She’s the queen. I was praying that she’d show up, but I thought she was too busy for that!” she added.

North Bergen High School's Xavier Perez, 16, the Alien, is covered in slime by his handlers Eddie Mantilla, 15, and Cassandra Klima, 16, as they work on the play "Alien," an adaptation of the Ridley Scott movie, in North Bergen, N.J. (Amy Newman/The Record via AP)

The production drew widespread praise after videos and images of the performances at the school were posted online. Weaver had taped a YouTube video this year in which she called the production "incredible."

The play, which was staged on a modest budget of $3,500, was also praised by the film’s director Ridley Scott, who applauded the students' creativity when it came to the show’s elaborate sets and special effects. In fact, Scott’s production company provided $5,000 so the school could put on an encore performance on April 26.

Additionally, the New York Conservatory for Dramatic Arts is reportedly awarding scholarships to both the production’s cast and crew, per The North Jersey Record.