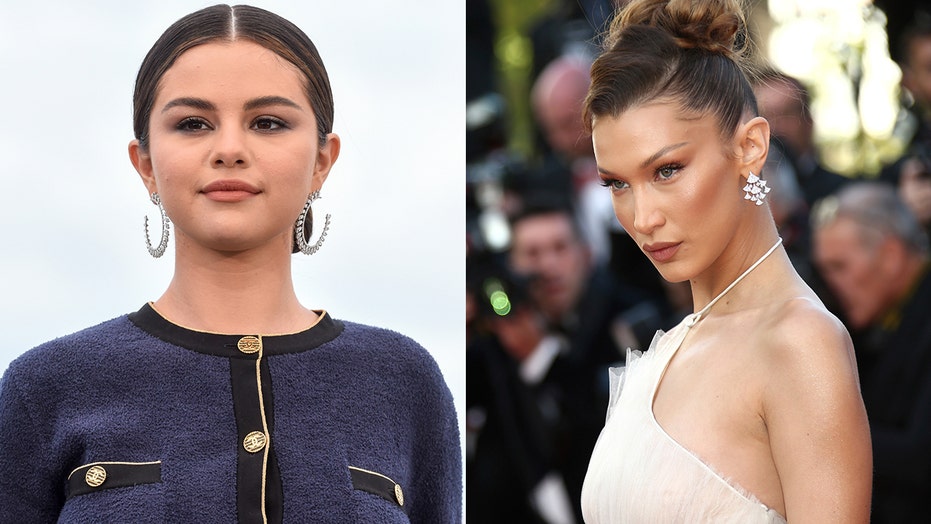 Selena Gomez shut down a rumored feud between her and model Bella Hadid before it could gain too much traction on Instagram.

The 27-year-old musician surprised fans when she posted a friendly comment on a photo Hadid posted of herself in front of a mirror, gazing at her own reflection.

Gomez took to the comments to write: “Stunning.”

SELENA GOMEZ ON BODY-SHAMING AFTER LUPUS DIAGNOSIS: 'IT REALLY MESSED ME UP FOR A BIT'

The seemingly innocuous line caught fans’ attention given that the two women unfollowed each other in 2017. However, Gomez recently re-followed Hadid and was happy to share some kind words about her newest photo.

When Hadid deleted the picture, though, fans assumed it had something to do with Gomez’s comment. As Us Weekly notes, a Gomez fan account pointed out that the post was deleted, to which Gomez replied, “That sucks.”

She soon took to the comments again to assure fans that there is no longer any beef between her and Hadid, even going as far as to discourage the public from judgment.

“NO,” she wrote. “I shouldn’t of [sic] spoken without knowing the truth. I’m sorry. Please don’t be hurtful. She is a wonderful person and it was all a misunderstanding.”

The outlet reports that the duo re-followed each other earlier this month, and Gomez’s latest comment seems to imply that there are no hard feelings between them. They previously unfollowed each other after Hadid began dating Gomez’s ex, The Weeknd.

The singer dated The Weeknd between 2015 and 2016. They rekindled their romance in 2018, but only after he was briefly romantically tied to Hadid in 2017.

TMZ reports that Hadid didn't delete the photo in question because of Gomez, but merely because she didn't like the picture anymore.

Gomez was also romantically linked to Justin Bieber and was the subject of online chatter in October after releasing two singles that addressed her feelings on their breakup and his subsequent marriage to Hailey Baldwin.

“It's more beautiful for me because I know exactly where I was when I wrote it and how I felt,” she told Ryan Seacrest at the time, adding: “It would have been too hard to release it when it was written. Now it's fun, I am smiling. It's all the feelings, right? It's everything from happy to emotional, to realizing it and being frustrated. I wanted to validate all those feelings.”