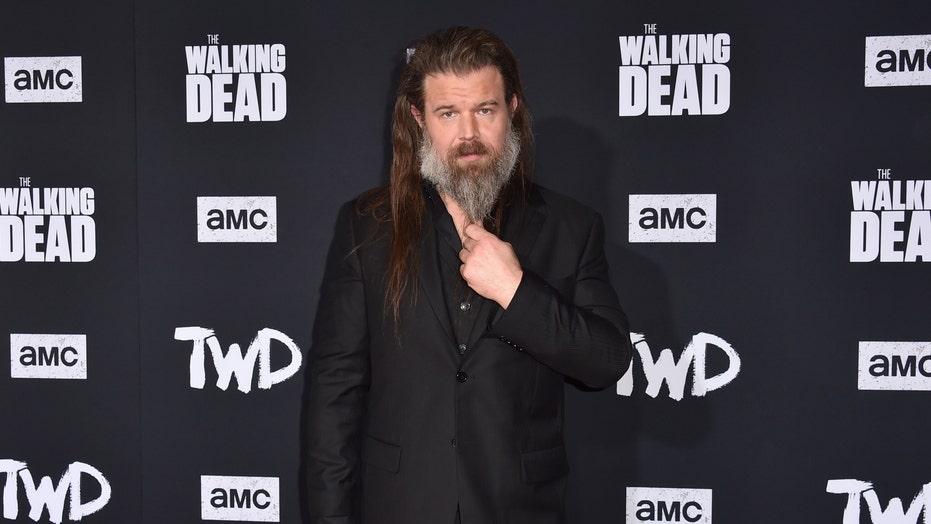 Ryan Hurst plays Beta, a tougher-than-nails villain on "The Walking Dead," but in real life, he's definitely only human.

The actor, 42, has revealed he had to be rushed to the hospital while filming the zombie-apocalypse series in Georgia over the summer.

“Oh my God,” Ryan told Entertainment Weekly. “I landed in the hospital once this year from heat exhaustion."

"I’m in a leather trench coat and two layers under that in Georgia in the summer. It’s no joke, man," he added, referencing his character, Beta's, costume.

For nonviewers, Beta is the No. 2 in a group of survivors who wear masks made from zombie skin.

Hurst previously talked to EW about Beta's mask and how he doesn't ever remove it on the show. “I wish I could say that I hate it, but I love it! ... Even though you’re in Atlanta in 110-degree weather, I love wearing that mask. I really, really do," he said.

Ryan Hurst as Beta on 'The Walking Dead' (Gene Page/AMC)

"The Walking Dead" is currently in its 10th season on AMC and was just renewed for its 11th season.

In related zombie news: At New York Comic Con earlier this month, it was revealed Lauren Cohan will be returning to the series.

Cohan, who played Maggie Greene on the show starting in season two, left as a full-time cast member to pursue other projects after the eighth season then made a few guest appearances in the ninth.

It's not clear when or how Cohan's character will return.