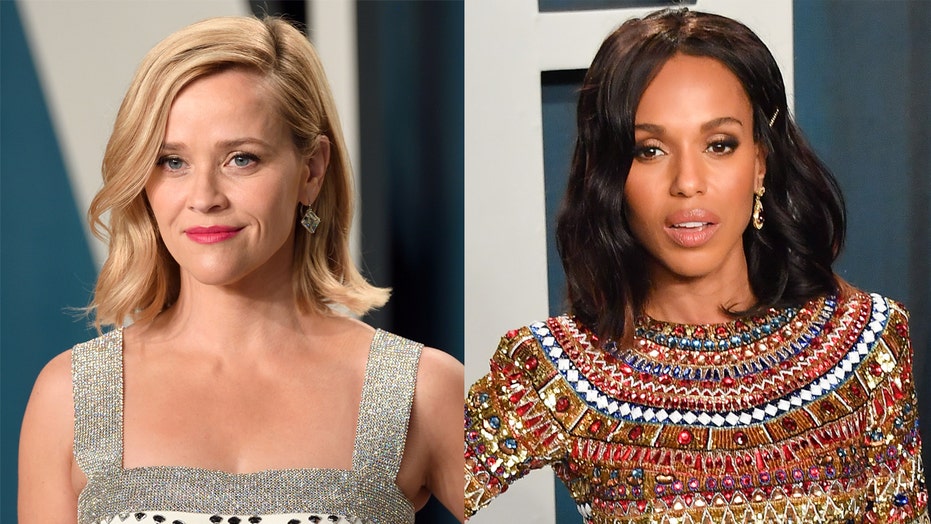 Reese Witherspoon and Kerry Washington are ready for the new year.

The pair appeared during the virtual broadcast of the 2020 Emmy Awards, as they're both nominated for awards this year.

In an attempt to slow the spread of coronavirus and avoid mass gatherings, this year's nominees watched the broadcast from remote locations to await results.

Witherspoon and Washington, who co-produced and starred in Hulu's "Little Fires Everywhere," chose to watch the show together, but took their viewing party one step further and celebrated the end of 2020 a few months early.

When host Jimmy Kimmel chatted with the actresses, it was revealed that the two were spending some time with friends -- all wearing face masks -- while donning 2021 party gear.

"We, because we're ready for this year to be over," said Witherspoon, 44.

The former "Scandal" star then began to count backward from 10, as one would during the final seconds of the year, as Witherspoon and the others joined in.

After shouting, "Happy New Year," Washington and Witherspoon turned toward one another and joked that they wished they could share a smooch.

"I wish I could kiss you guys, too," Kimmel responded.

Washington joked: "No, we don't want that, thank you."