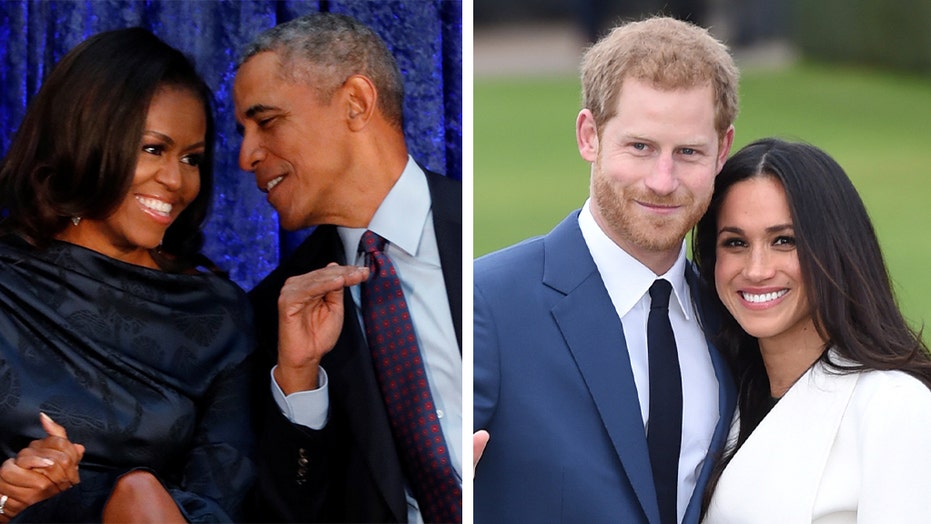 Fresh off of Prince Harry and Meghan Markle's shocking announcement Wednesday that they would be stepping back from their “senior member” status within the royal family and would seek to become "financially independent," many are now wondering what’s next for the Sussexes and if they’ll follow the route of Barack and Michelle Obama -- turning Hollywood into their own creative playground.

Fox News caught up with several network executive producers at the Television Critics Association winter press tour in Pasadena, Calif., on Wednesday and asked point-blank what potential Harry and Meghan could have in show business if the pair decides to return to where it all started for the former "Suits" actress, 38.

While some believe Harry and the Duchess of Sussex can certainly handle their own in Hollywood, others aren’t so sure the pair would even want to be under the microscope placed on those in the industry.

“I think, honestly, I'd give them the same advice that I would give some of our people -- get away from it,” the “Bachelor” host and executive producer Chris Harrison told reporters when asked by Fox News of the royals' chances in Tinseltown.

“I mean, look, I'm not going to tell the royal family what to do but it's that same advice of, 'Get out there and set your own life up,’” he continued. “If that's in North America and you can still be benevolent, giving, loving -- go live your life. I can't imagine living under that microscope.”

Furthermore, “Power” star and executive producer, rapper Curtis “50 Cent” Jackson, said he can certainly see the Duke and Duchess of Sussex achieving success and following in the path laid by Markle’s experience and most recently the Obamas, who launched their own production company, Higher Ground Productions, after leaving the presidential office.

For their part, the former president and first lady signed a multi-year agreement with Netflix and announced in April 2019 a total of seven projects to be produced for the streaming giant that will include a scripted series, an unscripted series and a docu-series, as well as documentaries and features.

“Yes, I think coming from a different perspective and in being involved with different types of projects that can do different things for them and their vision, absolutely,” said Jackson, who also currently has a hand in helming "For Life," an upcoming prison-legal drama for ABC. “I think they can definitely do it.” 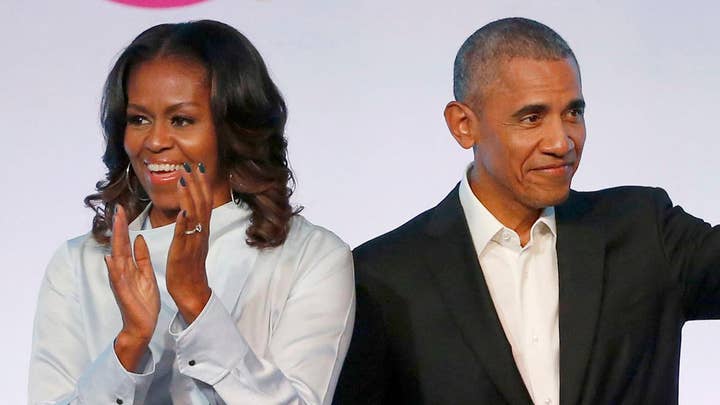 Meanwhile, longtime ABC and “Bachelor” franchise executive producer Bennett Graebner said he has reservations that the pair would even want to return to showbiz, explaining that in his estimation, Markle has left everyone else in the dust. On the flip side, the reality storyteller believes the industry would actually welcome the couple back, should they choose to return.

“I highly doubt that they have any interest in coming to Hollywood,” he said. “I think she's left everyone behind and I think she's fully ingrained in that culture with a new family.”

“I just don't see that happening,” he doubled down. “I'm sure that Hollywood would welcome her back, them back with open arms -- but I highly doubt it.”

The pair is reportedly also considering moving to Canada with baby Archie, and seeds have already been planted for Harry and Meghan to make their Hollywood debut as content producers.

Hollywood is wondering if Prince Harry and Meghan Markle will follow in the footsteps of former president Barack Obama and Michelle Obama by becoming media powerhouses.

In April 2019, Kensington Palace confirmed that Britain's beloved Harry would be partnering with Oprah Winfrey to create a documentary series on mental health for Apple's new streaming service.

The documentary builds on Harry's work on mental health issues, which included work with brother Prince William and his wife Kate Middleton, in their Heads Together campaign.

Harry said at the time that the series will share "global stories of unparalleled human spirit fighting back from the darkest places" and the "opportunity for us to understand ourselves and those around us better."

Some royal experts across the sea have even weighed in exclusively to Fox News about the royal couple's prospects and reason for wanting to distance themselves from their royal duties.

Royal author and broadcaster Neil Sean also referenced Harry's work with Winfrey and said that Markle could make more of a splash by becoming a voice on the political front.

"[Harry has] the deal with Oprah and I think depending on how that works out rating-wise, then they will take full ownership of their own productions," he said.

"I do also believe we will see Meghan becoming vocal on politics, which again, won't play out well, as the backlash will be huge," Sean added.

When asked what the exit might mean for the future of the Sussexes, royal author Leslie Carroll said that while she doesn't anticipate Meghan sliding bak into acting, she does, however, see Meghan following other blueprints.

"I don’t necessarily see the Duchess resuscitating her acting career. But I do see her possibly following in the Grace Kelly mold of narrating documentaries for Sussex foundations projects [and] charities, or taking on individual passion projects," Carroll said. "Same for Harry. The choice just broadens their horizons."

The royal expert added: "My sense is that the Sussexes finally decided that enough was enough because being torn apart in the press could eventually tear a healthy marriage and family apart, and they wanted to find a positive way forward within what the future framework of the royal family was going to be."

Carroll said that the royal pair might have "found the balance" with their announcement, ultimately saying that "time will tell."