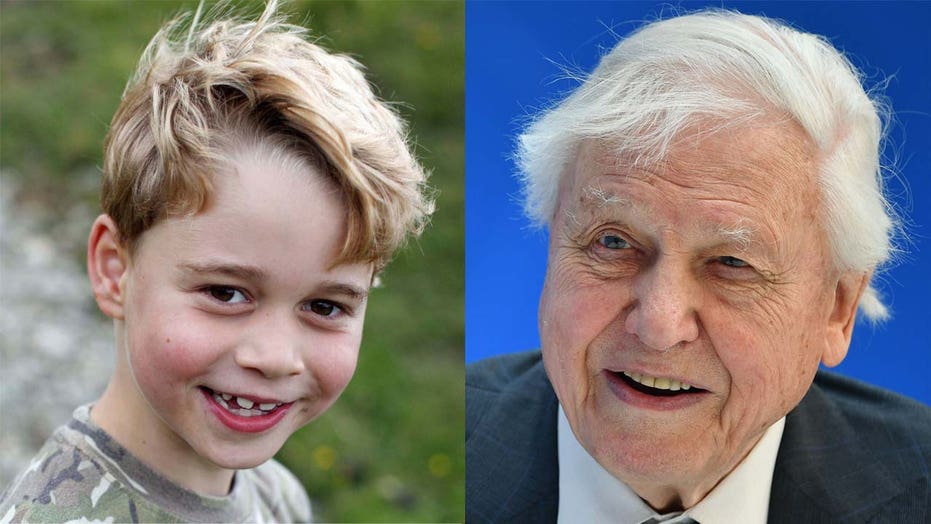 George, as well as his parents Prince William and Kate Middleton, and his other siblings, Charlotte and Louis, met with the renowned broadcaster for an outdoor screening of his new documentary "David Attenborough: A Life on Our Planet."

Photos of the gift exchange were shared on Instagram by Kensington Palace on Saturday, stating in the caption that Attenborough, 94, had visited the palace earlier in the week.

Contained in the post was a photo of William watching the film alongside the "Our Planet" narrator, as well as two photos of the family.

In one photo, George admires the shark's tooth.

"When they met, Sir David gave Prince George a tooth from a giant shark, the scientific name of which is carcharocles megalodon (‘big tooth’)," read the caption of the post.

While such a gift is unique in and of itself, that particular fossil was a special one to Attenborough.

"Sir David found the tooth on a family holiday to Malta in the late 1960s, embedded in the island’s soft yellow limestone which was laid down during the Miocene period some 23 million years ago," the post continued. "Carcharocles is believed to have grown to 15 metres in length, which is about twice the length of the Great White, the largest shark alive today."

According to the People magazine, Middleton, 38, revealed that she counts Attenborough among her favorite celebrities that she's met.

Additionally, the royal parents met with Attenborough for William's upcoming doc "Prince William: A Planet for Us All," a meeting that their kids weren't invited to.

“The children were very upset that we were coming to see you and they weren’t coming,” Kate told the broadcaster in a clip from the documentary, the outlet reports. “They are massive fans.”