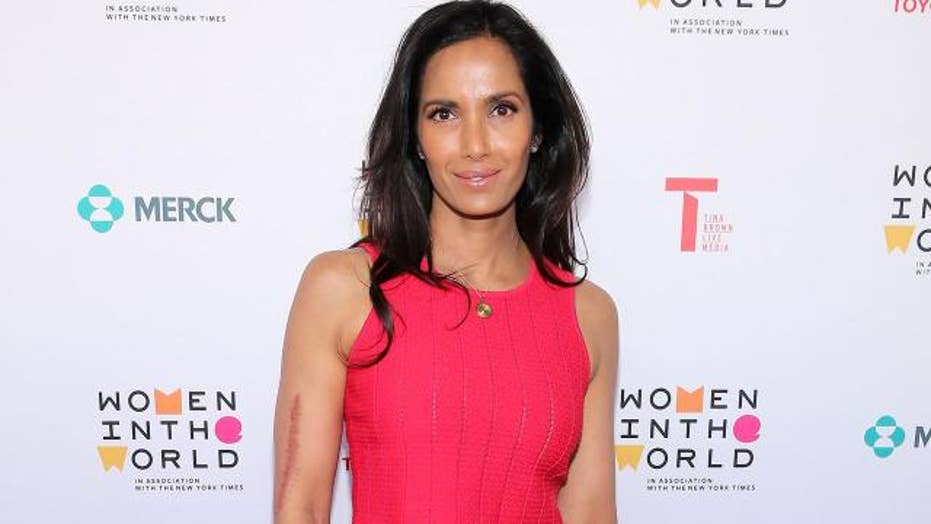 Padma Lakshmi shared a photo of herself on social media enjoying a moment of deep relaxation.

The 49-year-old TV personality took time out of her busy schedule on Thursday to soak in a bathtub with flower petals.

"When you’ve been on the road for six months straight and you finally get a minute (1) to yourself #tbt #selfcare #treatyourself #deepsigh," she captioned the sultry image.

Lakshmi is busy working on a new Hulu series called "Taste the Nation," which she is writing and executive producing.

She also has the next season of "Top Chef" in the works. She's been hosting the Bravo cooking competition series since the second season in 2006.

Lakshmi doesn't have any issue posting photos of her body on social media. In an interview with Bravo, she spoke about how she wants to promote healthy body image and self-love.

"I really think that it's kinda bullsh-- that Instagram will put little stars or whatever on your nipples [to censor them] but men can go topless left and right," she said.

"I find that sexist. We're so afraid of female sexuality in its raw and natural form. We're okay with it being siliconed-out and retouched but an actual woman's real body is, I think, one of the most stunning forms in Mother Nature. So what's the big deal?"

PADMA LAKSHMI GETS READY FOR HEAT WAVE IN PURPLE BIKINI

Before the Emmy in September, Lakshmi was open about her recent weight gain.

“I’ve been filming since June and I haven’t had time to diet, so I’m about 146 pounds right now,” she told Us Weekly at the time. “I’m lucky because I gained weight exponentially, everywhere. I don’t care."

"I’m done trying to squeeze my bum into something that is too small. I don’t care," she admitted.

“You know, it shouldn’t be about what I look like at this point in my career,” the host continued.“I don’t, I just think the female body is beautiful in its natural state."