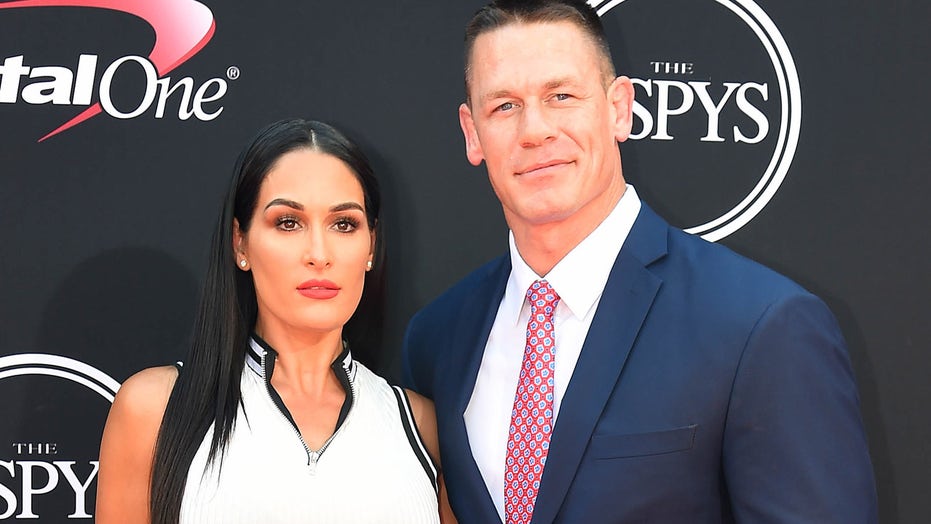 Nikki Bella is opening up about her past relationship with WWE star John Cena and how, in hindsight, she views the six-year romance with some regret.

Nikki and her twin sister, Brie Bella, just released their first joint memoir titled "Incomparable" and in it, Nikki comes clean about her past troubles with John, who notoriously voiced his preference of no marriage and kids, despite the pair becoming engaged and then calling it quits for good.

Nikki, 36, who is currently expecting her first child with fiance Artem Chigvintsev, admits that she turned a blind eye to her desire of a family when she was with John.

Nikki Bella and John Cena dated for six years and were engaged before calling it quits. (Reuters)

"Rather than turn and face that, I pushed it under the carpet and figured I could pretend like it wasn't there," Nikki writes in the book, according to the Daily Mail. "Because I was terrified of losing my love, I stuffed my desire for marriage and kids as deep as I could."

The "Total Bellas" star acknowledges John made it clear a union and family were not in his plans. But Nikki revealed that the "more you grow to love someone, the more you want it all."

"I stopped giving voice to those needs, though," she writes, adding that she was just "worried" John would leave her.

"And while I wanted those things very badly I just wanted him more," she says.

In 2017, though, John did the unthinkable and popped the question on live television during WrestleMania 33. The couple's whirlwind engagement was a storyline on E!'s "Total Bellas."

The engagement came one year following Nikki's surgery for a herniated disc in her neck. It was an experience that left her "so needy," she admits, and John was there for it all in the hospital with her.

"He wouldn't let anyone send him home. He helped me go to the bathroom, even though it made me want to die with embarrassment," Nikki reflects in the book.

The former athlete said the experience left her "terrified" of being "dependent." She says she now views that experience as a missed "opportunity for me to identify and then talk about how underserving and unworthy I felt."

She confessed she was "basking in love" rather than "working for affection" — one of "many regrets" she has about her past relationship with the WWE icon.

In the book, Nikki reveals her "primary" regret is that she didn't know herself enough before getting together with John. The pair ended up living together in San Diego, as documented on her and her sister's reality show.

"I wish I'd understood how the patterns in my life, and my relationship with my own father, informed how I react to love, boundaries, and feelings of abandonment," Nikki writes in the book, noting that her father, Jon Garcia, left home when she was 15.

Another regret involves Nikki placing John's wants and needs before her own, she says.

"Because I assumed he wasn't willing to make sacrifices, I did not persistently ask," the former WWE diva said.

Fast-forward to today, and Nikki and her twin Brie are both pregnant at the same time. The siblings have since reconciled with their father, Jon Garcia, who spoke to Fox News in an exclusive interview following their pregnancy announcement.

Garcia also expanded upon Nikki's past with John, noting that she's now the happiest she's ever been with her fiance Artem.

"John [Cena] is a true, hard-working businessman and he was straightforward about [kids] being something he didn't want. John continues to do what he loves to do and he's doing a great job at it and my daughter is now getting what she wants out of life," Garcia previously told us.

"Her life is a little different thanks to her relationship with Artem. She has found her happiness. His manners are awesome and he has a big heart. I already know that dude is going to be a great father."

"Incomparable" was released on May 5.