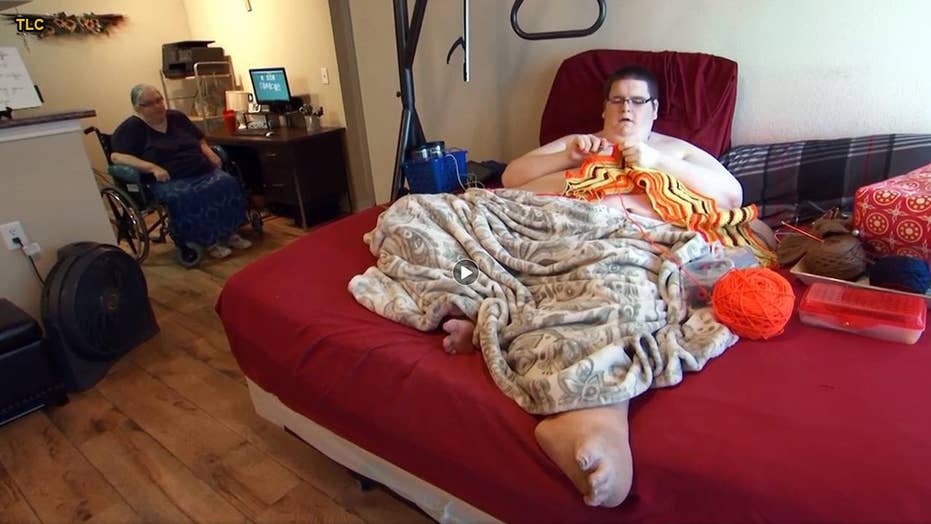 "TLC is saddened to share that Sean Milliken has passed away," the network told us in a statement. "TLC expresses its deepest sympathies to Sean’s friends and family at this difficult time."

Milliken was hospitalized in Houston, Texas, two days prior for an infection. Milliken's weight soared to 900 pounds before he sought help on "My 600-lb Life."

On the show, Milliken, then 25 and living in Cameron Park, Calif., admitted that he had trouble controlling his emotions and would seek comfort in food when he was under distress, saying his struggle with his weight likely stemmed from his turbulent relationship with his father.

Milliken alleged that his father, Matthew, often screamed in his face and backed him into corners as a child.

“It was scary. So I would eat. And suddenly I felt a lot better,” Milliken said on the show. “In that moment, nothing else mattered.”

Milliken's mother, Renee, confessed she too had an eating disorder and admitted she likely contributed to Sean's struggles, saying in a confessional, “I probably overcompensated in a lot of ways. I couldn’t go to the store without bringing him home a treat."

Milliken's struggles with his weight worsened in high school, when he was up to 400 pounds and suffered a debilitating leg injury that left him bedridden — and in the eight years following the injury, he barely ever left his bed, even relieving himself in a bucket at the end of it, because standing up was so painful.

He suffered from several open sores at that time from his skin tearing under his weight. His mother and a family friend had to work together to bathe him.

A 2017 "Where Are They Now?" special of the series showed that Milliken lost an impressive 400 pounds in an effort to someday undergo gastric bypass surgery, but that his weight loss had plateaued. Some suspected Renee of undermining his efforts to slim down.

Milliken friend and former neighbor, Ashley Boone, said he was "doing OK" before he fell ill, noting, "Sean was a good man and life isn’t always as it seems on a television screen."