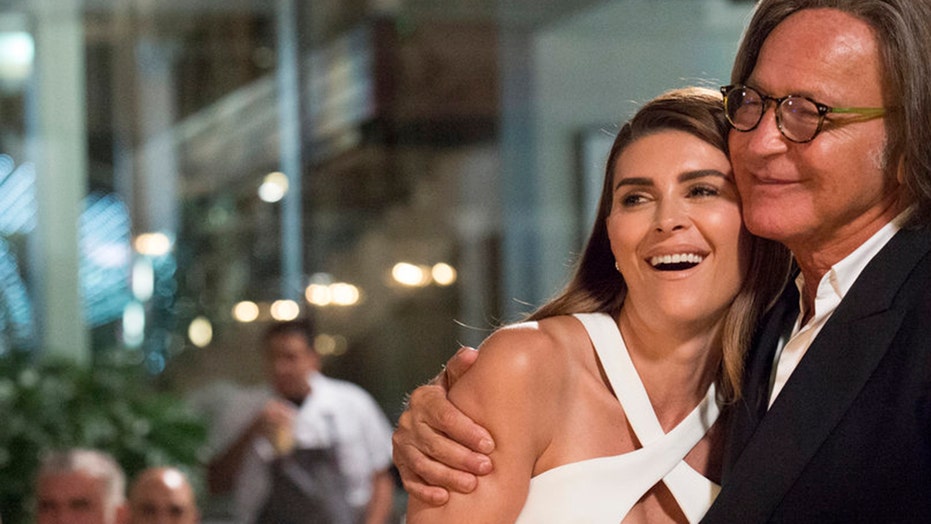 Hadid, the father of models Gigi and Bella, has been romantically linked to Safai since 2012. Hadid proposed to the "Second Wives Club" star on New Year’s Eve 2014 during a vacation to Bali — but now that five-year engagement is over.

Safai, who is 33 years Hadid’s junior, took to Instagram to show her love for new boyfriend Niels Houweling.

Sharing a photo of her kissing Houweling on the cheek, she simply captioned the post with a heart emoji.

ARE THE HADIDS THE NEXT KARDASHIANS?

Houweling reciprocated by sharing a photo of Safai caressing his neck on his Instagram. Much like Safai’s post, Houweling captioned the image with a singular heart emoji.

It is currently unknown when and why Safai and Hadid split.

Hadid’s split from Safai comes in the wake of a court order that will see Hadid’s Bel-Air mansion get demolished for posing a risk to the community.

“It’s unsafe and it’s dangerous... If this house came down the hill it would take a portion of the neighborhood with it,” Judge Craig Karlan said to the court. “This seems to me to be a clear-cut case where the property must come down.”

The property has received criticism for being illegally constructed. After facing charges for the illegal construction, Hadid pleaded no contest and is currently serving three years of probation.