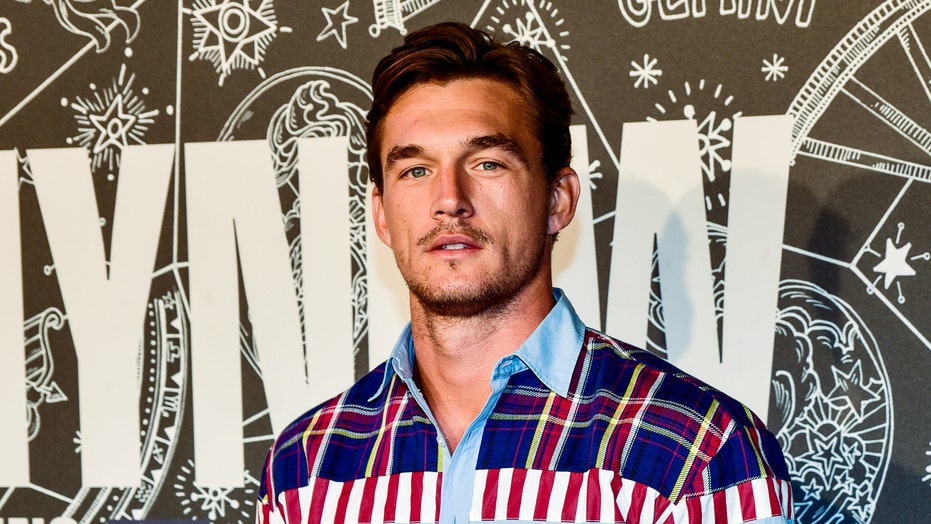 Tyler Cameron has been making headlines all summer because of not one, but two high-profile relationships -- and now he's addressing some of the dating rumors that have been swirling the Internet.

"The Bachelorette" star, 26, was dubbed the Internet's boyfriend after being the runner-up on Hannah Brown's season and then was snapped on multiple date nights around New York City with supermodel Gigi Hadid, 24.

He even attended Hadid's grandmother's funeral in the Netherlands earlier this month. But when asked about his relationship status, Cameron played coy.

Cameron said that after being on a reality TV dating show, he'd rather keep his personal life private.

“I’m at the point where I don’t really want to talk about my relationships," he explained. "I’ve dated publicly, so… I’m trying to date privately and I’m not in love with anybody right now. I’m in love with myself."

But the budding model did add that Hadid is “an amazing person. We have a great time together."

And although they might be in the same industry, Cameron bowed down to Hadid's career covering magazines, designing, and walking runways.

“She’s a little bit more big-time than I am,” he joked. “She’s pretty good at what she does. I don’t really try to talk [about modeling] with [Gigi]. I just try to enjoy the moment.”

He continued: "Modeling has been a blessing. I've got great people in my corner there that I love working with. I'm so new to that world and that industry. I'm just having fun with it and making a name of myself if I can. But it's using it as a vehicle to get the goals I want to obtain, which is construction and real estate [back in Florida]."

Cameron did tease that he has a big, new campaign coming out soon.