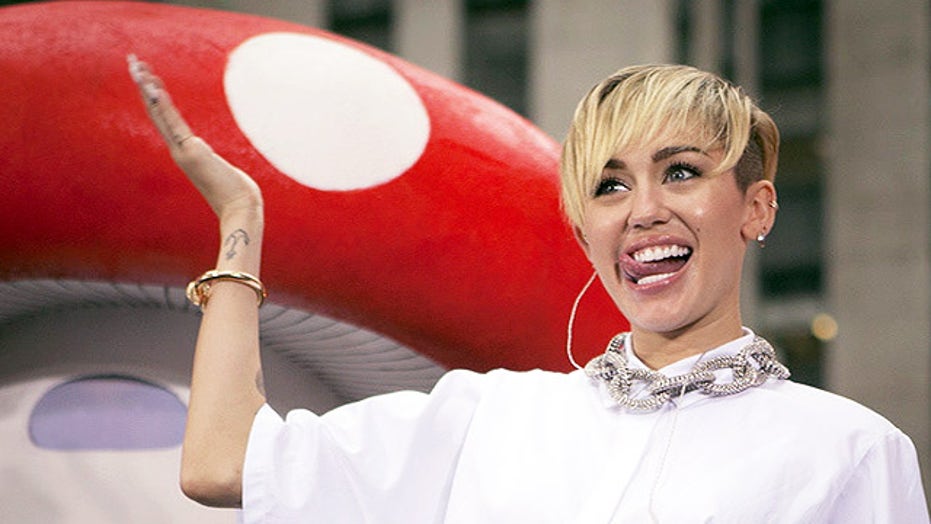 Miley Cyrus and other celebs are praising the party drug Molly, but experts warn that this is dangerous for their young fans, who are trying it.

“Popped a molly and you know, you know you'll never stop, you think I'm turnt up, wait until my album drops,” the 20-year-old raps on the remix of “Ain’t Worried About Nothin’.”  This following her single “We Can’t Stop” which included a line about “dancing with molly.”

In both, Cyrus is referencing the illegal drug, touted as a pure form of ecstasy. Molly has become increasingly popular both in Hollywood circles and among teenagers and young adults, and it has also been blamed for several deaths. We talked to some users about why they take it, and whether famous performers singing about it plays any role.

“I certainly think if people like Miley Cyrus and Kanye West are doing it, people are definitely going to feel like they want to do it,” said an 18-year-old from the New York area who takes molly at concerts. “For me [while listening to electronic dance music], the drug makes the music almost sound better.”

A college student, who said he has used molly 10 to 15 times, also told FOX411 he uses it at concerts, and thinks it’s safer than cocaine.

“I feel like coke is much more dangerous than MDMA,” he said. “I've stayed away from it —even just to try it once— and will probably continue to do so.”

Hollywood watchers say these users’ opinions are par for the course.

“For some reason, molly seems to be more widely accepted. The thinking is that it can be tossed around a little more lightly,” said Cate Meighan, senior writer for Celeb Dirty Laundry. “Miley came out and gave that interview [about molly] that kind of turned everyone’s heads—it would have been career suicide 10 years ago.”

As 20-year-old Cyrus put it when speaking to Rolling Stone, cocaine is “from the ‘90s,” and molly is now more popular. But unlike super models and party girls who went to great lengths to conceal their cocaine habits, stars are practically bragging about using the illegal substance.

Kanye West has included molly in his song lyrics, while Madonna once asked the audience at a music festival “How many people in this crowd have seen molly?” (She later insisted she was referencing a song, not the drug.) Similarly hip hop stars like Juicy J and 2 Chainz have referenced the drug, and Lady Gaga openly admitted she had experimented with it.

So do some of their fans.

“Dancing the night with molly and Miley,” one user tweeted.

“We play Miley and pop molly,” another added, while one more wrote: “I wanna pop a molly with [Justin Bieber] and do lines with Miley within the next year #dreambig”

“The most common thing that people experience with ecstasy-type drugs is hyperthermia, or an elevation of their body heat, or sometimes a condition called hyponatremia, which is a lowering of their salt content. That happens because of the excess perspiration that happens… They’re partying and then they just crash and burn,” he said.

Molly becomes the most dangerous when it is mixed with other substances, something the user isn’t always made aware of, said Sean Clarkin, director of programs the Partnership at DrugFree.org.

“The folks we’ve been in touch with at the [District Attorney’s office] say that they’ve tested a bunch of samples that they’ve picked up, and not one of them has been ‘pure’ MDMA,” he said.

The 18-year-old molly aficionado said of the approximately 10 times she’s taken the drug, she “bummed it” six times, explaining she’d taken it as a handout.

Welter said celebrities talking about the drug has caused an increase in people trying molly.

“Anytime we have an actor, or a prominent person, endorse the use of anything we get a higher use,” he said. “It’s why we pay these people to be sponsors for things we want to sell. It will increase use.”

A rep for Cyrus did not return FOX411’s request for further comment.