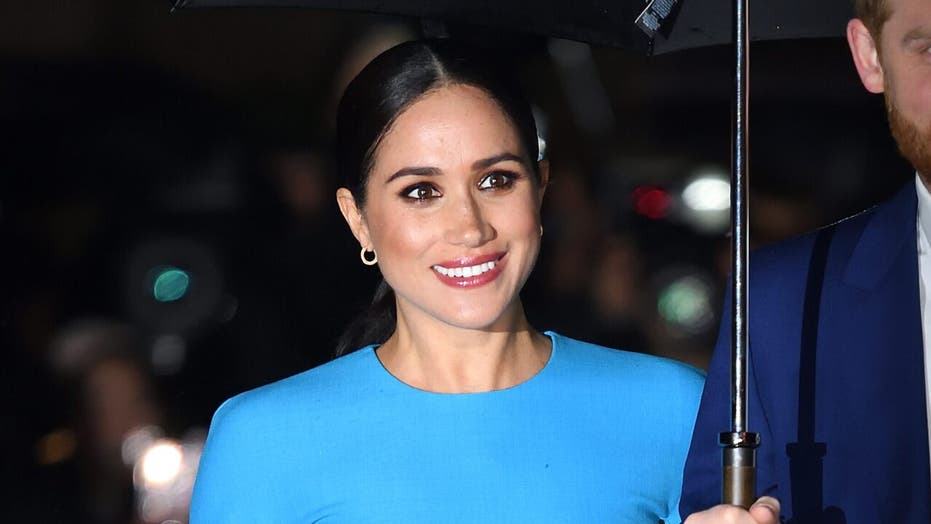 Meghan Markle took the world by storm when the former "Suits" actress was first spotted with Prince Harry in 2016. Their whirlwind engagement was followed by a royal wedding and the arrival of their first child, son Archie Harrison Mountbatten-Windsor, last May.

While Meghan and Harry continue to turn heads amid their remarkable departure as senior members of the royal family, there still lies a number of questions surrounding Markle's past, including the men she dated pre-Harry. Now, Fox News is taking a look back at the gentlemen who once caught the Duchess of Sussex's eye before she sealed the deal with Harry.

Perhaps the most well-known ex of Markle's is her ex-husband Trevor Engelson. The two reportedly tied the knot in Jamaica in 2011 after dating for seven years. The Sun reported that Markle and Engelson's September 2011 nuptials included a wheelbarrow race, drinking games and brunch, with their actual ceremony lasting just 15 minutes.

The pair divorced just two years later, with ''irreconcilable differences'' cited in legal papers. Royal biographer Andrew Morton alleged that Markle ghosted him and sent her rings back by registered mail while other reports claimed the two grew apart as the former actress rose to fame, thanks to her role on "Suits."

Just days after the birth of Archie, Engelson married nutritionist and heiress Tracey Kurland, who he had been dating since 2017. Engelson and Kurland's nuptials took place in Montecito, Calif., in a low-key ceremony that couldn't have been more different from the royal wedding, Entertainment Tonight reported at the time.

Engelson, a television and film producer, has kept busy working on various projects as a producer. According to his IMDB page, Engelson was the executive producer of Small Engine Repair" and is still a producer for Ben Frahm’s spec “Dr. Sensitive "Dr. Sensitive."

Markle's former husband has yet to publicly speak out about their divorce, nor has he ever commented about her relationship with Harry.

Just two years before meeting Prince Harry, Markle was linked to professional golfer Rory McIlroy. While the two never confirmed a relationship, McIlroy posted a photo of Markle and him on his Twitter account in 2014 after he reportedly nominated her to complete the ALS Bucket Challenge. Markle accepted, on the condition that the pro athlete was the one who got to pour ice water over her head.

According to reports, the two were also spotted dining together at a Dublin, Ireland restaurant, fueling speculation they were an item.

McIlroy got married himself in 2017 to Erica Stoll, who is known as his biggest cheerleader on the golf course.

Canadian restaurateur and chef Cory Vitiello dated Markle before she moved on with Prince Harry. The two reportedly dated for two years, ending their relationship in 2016 just ahead of her rubbing shoulders with the British royal family.

Vitiello, who currently lives in Toronto, was a part of Markle's circle when she lived in Canada while filming "Suits." Of course, this is also where she befriended now-best friend Jessica Mulroney.

Today, Vitiello's partner is Martina Sorbara and the two welcomed a son together in 2018. Last week, Markle's ex posted a touching photo of his son enjoying a steamed cup of milk at a Toronto cafe. Vitiello is the co-founder and chef of Flock Rotisserie & Greens.

Markle and Harry's decision to step down as senior members of the royal family -- a move that has since been dubbed "Megxit" -- was one they were forced into, Omid Scobie, royal editor of HarpersBazaar.com recently claimed.

"They knew something had to change, but they also didn't want to stop supporting the queen. One can't help but wonder if things might have been different if a family member or two had stood up for them during the darkest times," Scobie continued.

Markle and Harry will officially end their royal duties as senior members of the British royal family on April 1.