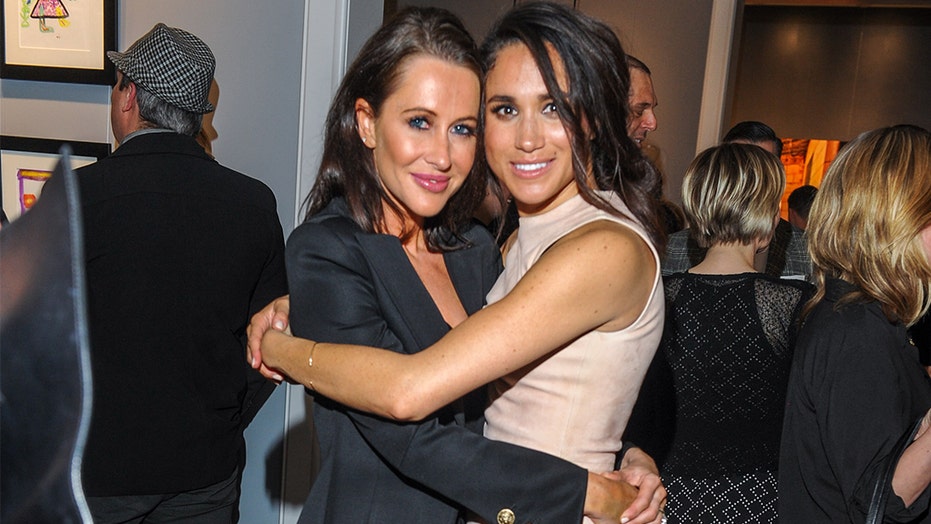 Meghan Markle’s good friend Jessica Mulroney followed a message of support for the Duchess of Sussex on Instagram with a flattering shot of herself to promote her new TV show.

Mulroney took to Instagram on Wednesday to share an image of herself smiling in a low-cut blue floral dress. The image shows off her impressive tan skin and provides audiences with a little teaser of her upcoming Netflix show, “I Do Redo.”

“Nothing like a little work on set with friends and some vitamin D,” the image’s caption reads.

In the snap, she sits with her legs and arms crossed as she looks down and smiles.

As People notes, the promotional snap comes days after Mulroney, who is good friends with Markle and previously hosted her baby shower, posted a note of apparent support after the Duke and Duchess of Sussex made their historic and surprising announcement that they plan to “step back” from their royal duties and become financially independent of the crown while they divide their time between the United Kingdom and North America.

In support of her friend, Mulroney shared a quote from Gina Carey that read: “A strong woman looks a challenge in the eye and gives it a wink.”

As the royal couple prepares to set up a permanent residence in Canada, it’s possible they’ll opt for Toronto. Not only does Jessica and her husband, TV host Ben Mulroney, call the city home, but it’s where Markle lived for years while filming the USA Network series “Suits.”

Markle has been spotted in Vancouver since the announcement, but it’s unclear where the royal duo plan to ultimately settle down.