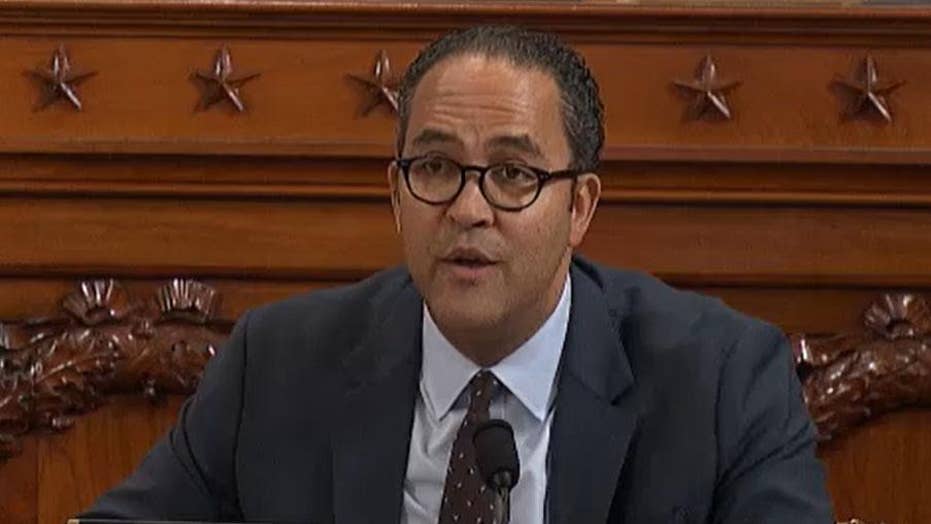 Discussing impeachment allegations, Will Hurd, House Intelligence Committee, says he would like to hear from Hunter Biden and Rudy Giuliani

The ladies on "The View" had a contentious back-and-forth on Friday as they discussed Rep. Will Hurd's defense of President Trump during Thursday's public impeachment hearing.

"Well, is he deaf? He must be deaf," co-host Joy Behar said after the show played a clip of Hurd, R-Texas, who cautioned against taking impeachment lightly, and said he hadn't heard evidence "proving the president committed bribery or extortion."

At one point in the conversation, Behar asked co-host Meghan McCain, "What about the Constitution?" She was referring to the document's prohibition against bribery, which Democrats say Trump engaged in when pushing for Ukraine to investigate former Vice President Joe Biden.

MEGHAN MCCAIN UNLOADS ON JOY BEHAR, MEDIA, SAYING THEY'RE NAIVE' IF THEY THINK HEARINGS WILL BRING DOWN TRUMP

Co-host Sunny Hostin was "shocked" by Hurd's comments and argued they said more about the congressman than the evidence surrounding impeachment.

"It tells me that he is complicit, the Republican Party has enabled this president, continued to enable this president," she said. "That's not fair," McCain replied before claiming that Hostin was "slandering a CIA agent."

When Hostin suggested Hurd defended Trump for his "political future," McCain pointed out that Hurd was resigning from Congress.

"He heard the evidence clear and simple," Hostin added of Hurd. "And for him to sit there and say that the evidence has to be overwhelming and that he heard no overwhelming evidence, I want to know which hearings he was sitting at."

"It's not a cheap applause line, maybe they agree," Hostin responded. McCain sternly responded by telling Hostin to "let me speak." "You've been speaking a lot," Hostin shot back. McCain went on to thank Hurd for his service in the CIA.