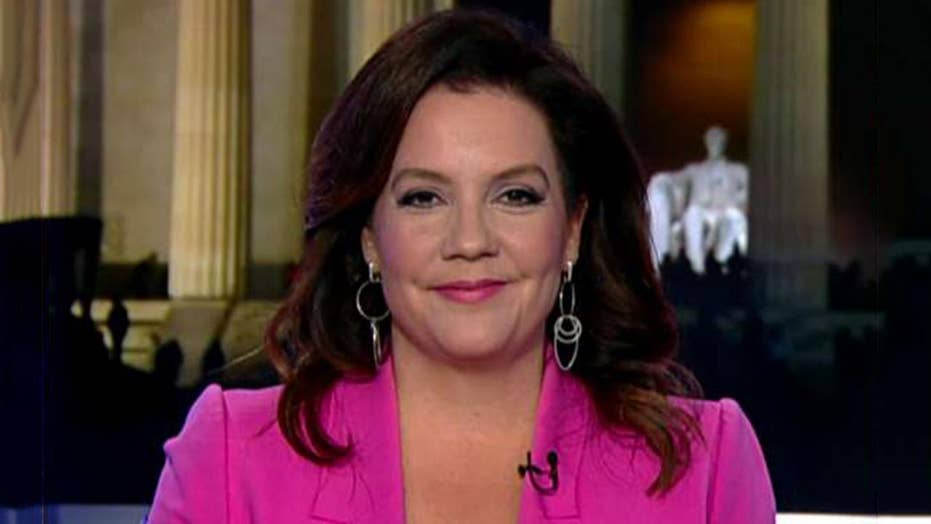 Hemingway: Democrats failed at building a legitimate case for impeachment

Tucker Carlson and Federalist senior editor Mollie Hemingway argued Thursday that House Democrats have not successfully made the case to the American people that President Trump should be impeached and removed from office.

"What Democrats needed was to begin with a bipartisan consensus and then have it slowly build, pulling off Republican members of Congress, getting the public to agree that there was a serious high crime or misdemeanor. That did not happen," Hemingway, a Fox News contributor, said on "Tucker Carlson Tonight" Thursday. "So, you're seeing polling showing independents are more likely to be opposed to impeachment than they were a month ago."

In a phone interview Friday on "Fox & Friends" with hosts Steve Doocy, Ainsley Earhardt, and Brian Kilmeade, the president said that his controversial July phone call with Ukrainian President Volodymyr Zelensky was a "good conversation." 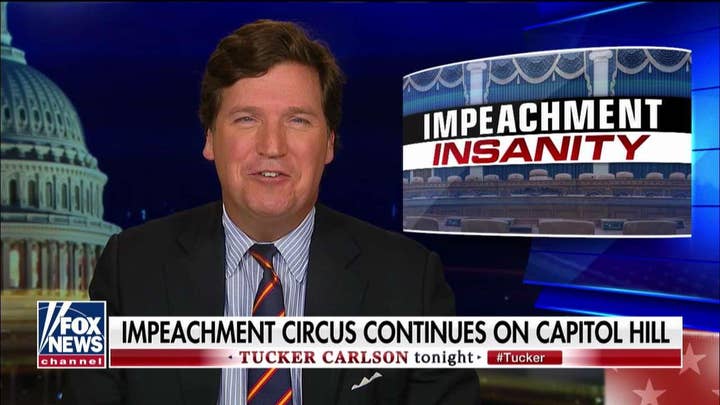 "And these were their witnesses. This was the best they've got," he continued, calling House Intelligence Committee Chairman Adam Schiff, D-Calif., a "sick puppy."

Carlson said Schiff appears to be "lacking in self-awareness" after spending two years accusing Trump of colluding with Russia during the 2016 campaign.

"He accused everyone who questioned him, including us on this program, of being a Russian agent. ... Only in Washington would a buffoon like that continue to ascend and become the chairman of the House Intelligence Committee," he said.

Hemingway agreed that Schiff may not have been the best choice for Democrats to lead the impeachment hearings, and by late Thursday, he seemed to realize how "poorly" the proceedings had done in terms of swaying the public.

"It's kind of a stunning turn of events from where we were led to believe we would be two weeks ago," she said, adding that this week was the "best phase" for Democrats because they controlled who would testify.

If Democrats vote to approve articles of impeachment, public opinion could turn further during a trial in the Republican-controlled Senate, Hemingway observed.