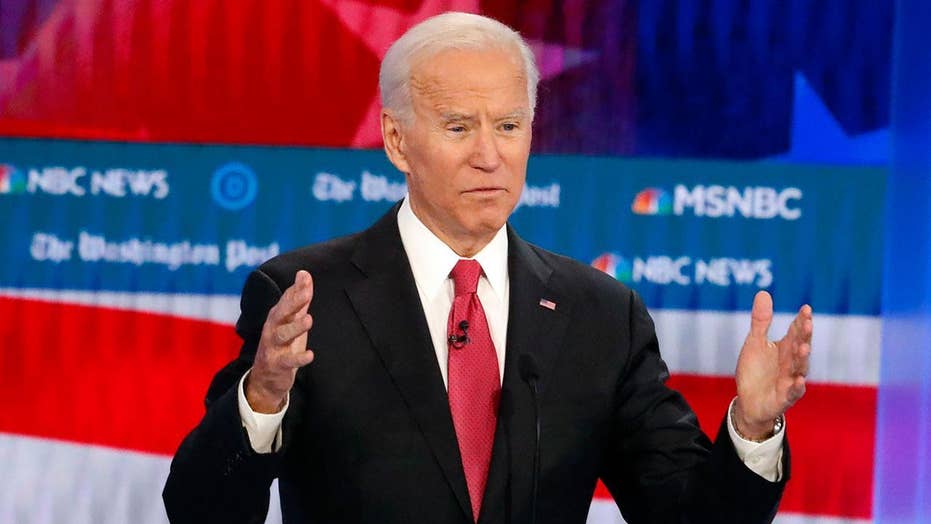 2020 Democrat Joe Biden spars with Sens. Kamala Harris and Cory Booker on his relationship with the black community.

Comedian Jimmy Fallon jabbed former Vice President Joe Biden, joking that his gaffes made it unnecessary for President Trump to request an investigation from Ukraine before the 2020 presidential election.

Fallon pointed to how Biden said the U.S. needed to address domestic violence by "punching at it."

"At that point, Trump was like 'why did I even call Ukraine? He's doing it to himself,'" Fallon said, imitating Trump on Thursday.

Fallon was playing off of Democrats' accusations that the president sought to influence the 2020 election by requesting Ukraine investigate the top contender for the Democratic nomination. Trump has denied any wrongdoing and maintained that his request was a legitimate exercise of his authority as president. Fallon's monologue came on the fifth day of public hearings on Democrats inquiry into the matter.

When Biden took to the debate stage on Wednesday night, he also faced pushback for claiming that he came out of the black community.

"Once he said that, Rachel Dolezal was like, 'well, he has my vote,'" Fallon joked. He was referring to the white woman who identified as black and appeared to darken her skin.

Although Biden's gaffes have become a prominent part of media coverage surrounding his campaign, he has been able to stay ahead of other candidates in the race.