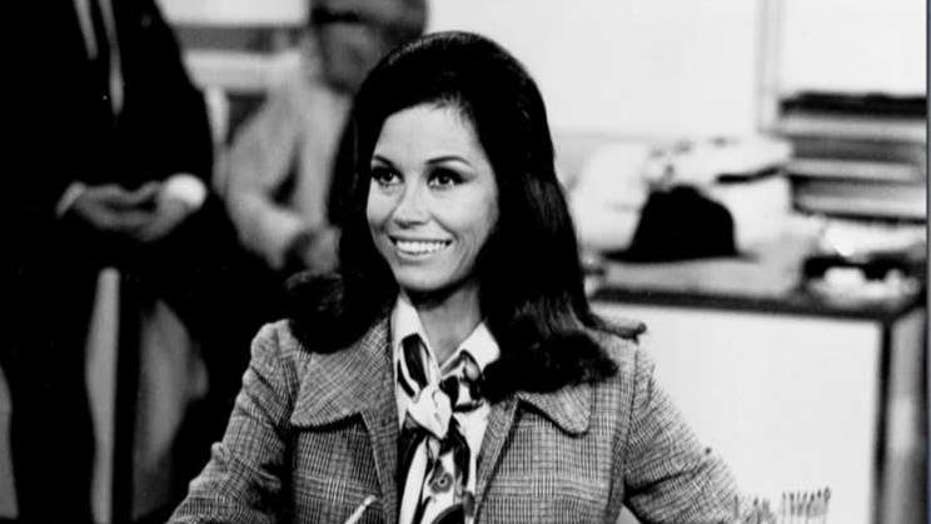 "Today, beloved icon, Mary Tyler Moore, passed away at the age of 80 in the company of friends and her loving husband of over 33 years, Dr. S. Robert Levine," her rep Mara Buxbaum said in a statement. "A groundbreaking actress, producer, and passionate advocate for the Juvenile Diabetes Research Foundation, Mary will be remembered as a fearless visionary who turned the world on with her smile."

Although her name was most frequently associated with television, Moore also acted in theater and films, winning a Best Actress Academy Award nomination for her role as an icy mother in 1980's "Ordinary People."

Off camera, she was known as a longtime animal rights champion and a spokesperson for diabetes issues after being diagnosed with Type 1 diabetes, a life-threatening illness, when she was 33.

In 2011, Moore underwent four hours of surgery to remove a meningioma, or benign tumor of the lining tissue of the brain.

Following that, there were reports her health had been deteriorating due to ongoing problems with diabetes, that she had lost weight and had become frail with severe mobility problems, but in 2011 and 2013 she returned to TV to appear twice on TV Land’s “Hot in Cleveland.”

But in real life, she battled a series of personal challenges in addition to her diabetes: an alcoholic mother, two divorces, the death of her son and her own bout with alcoholism.

To most of her television fans, she was always "Mary," the earnest WJM-TV producer who achieved breakthrough status by being one of the very first unmarried, career-woman leading characters – in her 30s, living and working on her own, and not looking for a husband.

Yet independent as her character was, Mary Richards was never threatening. "I'm an experienced woman," she said in one episode. "I've been around…well, all right. I might not have been around but I've been…nearby."

Moore was born December 29, 1936 in Brooklyn, New York and her family moved to Los Angeles when she was eight. Her first ambition was to be a dancer and Moore launched her entertainment career as "Happy Hotpoint," a dancing elf on Hotpoint appliances in 1950s television commercials.

In 1955, when she was 18, she married Richard Carlton Meeker and the following year gave birth to her only child, Richard Jr. The couple divorced in 1961 and in 1980 her son, Richie, died at 24 of a self-inflicted gunshot wound that was later ruled an accident.

Moore – or rather her voice and legs – first appeared regularly on television in the late '50s television series "Richard Diamond, Private Detective" as a glamorous telephone receptionist whose face was never seen.

She also wrote two memoirs, "After All" and "Growing Up Again: Life, Loves and Oh Yeah, Diabetes."

After divorcing Meeker, Moore married two more times. Her second husband, whom she wed in 1962, was Grant Tinker, an NBC executive with whom she cofounded MTM Enterprises, a television production company.

After their divorce in 1981, Moore connected with Dr. Robert Levine, who was treating Moore's mother at the time. She is survived by Levine.