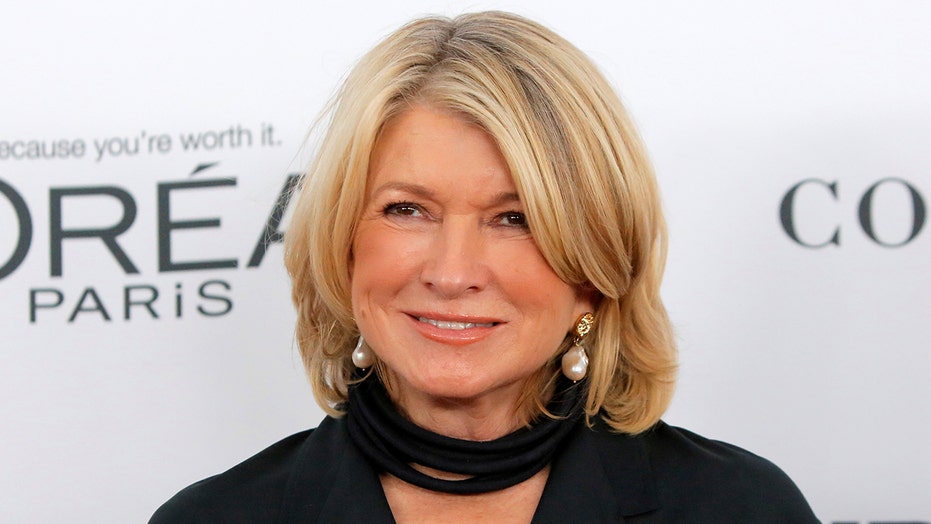 Martha Stewart debuted a brand new look on Monday after getting her hair and makeup expertly done for some upcoming holiday parties.

The 78-year-old took to Instagram on Tuesday to show off her bold new look and thank the many people that helped her achieve it. She poses at a New York City salon in a black turtleneck and earrings as she leans back in her chair. The star holds her phone in her right hand and has a slight smirk on her face in the snap.

MARTHA STEWART MADE HER ASSISTANT ORGANIZE HER ENEMAS

“Oh boy! What a great new haircut can do!!!! Thanks @hairbyeugenetoye @ritahazan and of course makeup by @daisybeautytoye Ready for a slew of holiday parties!!!!Iphone case by @bandolier courtesy @Jamie Leigh Curtis hair colorist always @ParvinKlein @salonatbergdorf,” she captioned the post.

Stewart thanked celebrity stylist Eugene Toye as well as colorist Rita Hazan for the incredible hair and shouted out Nicole Daisy Toye for the makeup.

It’s a good time for the star’s hair to look uniquely great as she hung a lantern on hairstyle in October when she mocked Felicity Huffman’s style while she was behind bars.

Stewart was speaking at the Vanity Fair summit at the time when she was asked by the moderator if she had any advice for the “Desperate Housewives” star.

“She should style her outfit a little bit more. She looked pretty schlumpy,” the lifestyle mogul said when asked for advice. Schlumpy is Yiddish for a "sloppy or dowdy person," per Merriam Webster.

Huffman was in prison at the time serving her 14-day sentence after being swept up in the high profile college admissions scandal. She pleaded guilty to one count of conspiracy to commit mail fraud and honest services mail fraud. She confessed to paying an admissions consultant $15,000 to have a proctor correct her older daughter's answers on the SAT. In addition to 14 days in prison, the actress received one year of probation, was ordered to perform 250 hours of community service and pay a $30,000 fine.

The 78-year-old businesswoman is more qualified than most to discuss prison-style, as she served five months in federal prison in 2004 for lying about a December 2000 stock sale. More than a decade later she’s seemingly bounced back.