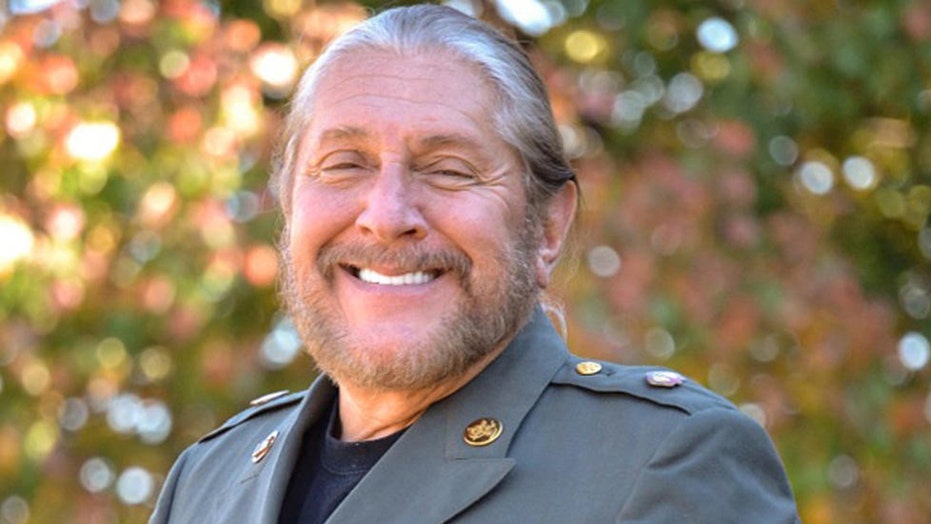 For Doug Gray, Veterans Day isn’t just a day of honoring the millions of people who made the sacrifice to serve this nation.

The 71-year-old member of the original Marshall Tucker Band, spoke with Fox News about how every day, to him, is a day to show his unwavering support for service members returning home from combat.

Gray also said he sees a difference in support for troops today, much stronger than during his own time serving as a member of the United States Army, and told a heartwarming tale of why he still goes back to war-torn areas to perform for service members.

“In my mind, I remember them telling me to get off the plane and run if you hear a whole bunch of bombs going off around you. You know, I had thrown grenades to practice and I knew how to shoot, so that wasn't a problem, but still you do those things," Gray recalled.

“When we had come back from Vietnam, I knew guys who would buy clothes off of street people, so that they could get rid of their uniform and not have to wear it because people weren't very nice to us and I didn't understand it.”

Gray explained that his mother and girlfriend wrote numerous letters to him while he was stationed in Vietnam detailing what was happening in the States. "It wasn't a 'Dear John letter,' it was 'Hurry up home, Doug letter,’” he recalled.

The crooner said he quickly developed a wittiness from needing to have his rebuttals on the ready whenever someone issued a remark about the war in his direction.

“I wore my uniform, but I wore it proud. But I also knew that I had to be prepared for somebody's smart comment and how I was going to go back with them,” said Gray. “I think I spent more time in learning how to deal with people that were ignorant and also they had their own opinions, so I had to deal with those two things.”

Marshall Tucker Band frontman and Army veteran Doug Gray proves he can still fit into his uniform he wore during combat in Vietnam. (Courtesy of Doug Gray)

“Everybody's got their own opinions, you know. I also know that a gun laying on the table is not going to jump up and disperse you again,” said the Army veteran.

Gray recalled a moment while returning home from Vietnam that has been ingrained into his mind forever.

RACHEL RAY ON WHY SHE'S A 'GRATEFUL AMERICAN': 'THE AMERICAN DREAM IS STILL ALIVE'

“I remember it to this day exactly what that old lady looked like — she was old and I'm 71, so I can say it,” Gray joked as he began. “I was sitting there at the airport in San Francisco, and there was such a thing as they would call you up when they found you a seat; there was no boards up there to let you in and all that other stuff. So, you’d know it if you were lucky.”

“And I had been sitting there for about two hours waiting to see if I was gonna get on an airplane – and I wasn't hurt – I had never gotten shot or anything over there, but you know how when your leg goes to sleep when you've had your leg crossed up? My leg went to sleep so I was fake-hopping. It wasn't meant to be [like that].”

The singer joked that “God probably said to act that way and she'll give you the ticket,” but Gray said the mystery woman went ahead and gave up her seat to him anyway before telling the ticketing employee, “I'll take whatever ticket he gives me.”

Gray said the woman then came over to him and explained that despite the politics and opinions surrounding the war, many people were proud of the sacrifice he and the other soldiers had made in fighting for our nation. Gray said he could feel it in this woman’s soul that she was genuine.

“She said, 'I'm awful proud of you. I know these people don't understand what y'all have done for us,'” said Gray, adding that he wasn’t sure himself why American troops were sent to fight in Vietnam to begin with. “But that lady – and I see her face now just sitting there talking to me – she honestly was an honest soul and I know people have a soul and the soul shows out. And she saw me hopping for just a minute until my leg woke up and she thought I was injured. That's why she gave me that ticket.”

Gray said he explained to the sweet lady that he actually wasn’t injured and that his leg had simply fallen asleep, however, his plea fell on deaf ears – the woman wouldn’t take no for an answer and doubled-down on her random act of kindness.

“She said, 'Oh, you just go ahead and take that pain,’” Gray said with a laugh. “I mean, this woman I’m talking about was almost 70 years old. But I did explain to her – I felt better because I explained to her why and that I had been sitting there an hour-and-a-half all crunched up, and so she gave me that ticket and I never will forget it,” he added.

The Marshall Tucker Band frontman lamented the immense loss of life in Vietnam and talked about visiting an Army base in Iraq where the troops built their own version of the Vietnam Veterans Memorial.

“As far as the way we got treated… you know, we lost almost 70,000 people over there during that war,” Gray explained. “In Iraq, one of the master sergeants took us in a small vehicle – a Humvee – and took us to a place [where] they had their own wall and he had less than 5,000 people there at that time when we went.”

Gray recalled the master sergeant telling him that the specific wall they had built had to stay in Iraq and immediately thought about the countless soldiers he knew in Vietnam who never got that chance.

“And he said, 'This is it. They won't allow us to take this one back with us when we get out of here,” said Gray. “He just said that and I thought to myself, 'I have friends that are on the wall up there in Washington that I like to look and I don't like to look and see specific names because I never say goodbye to anybody. I just say goodbye and it's just for a second and that's it.”

“Never say goodbye because in my mind, I still remember that woman's face,” said Gray. "When good souls come at you, treat people right, people treat you right and they always will."