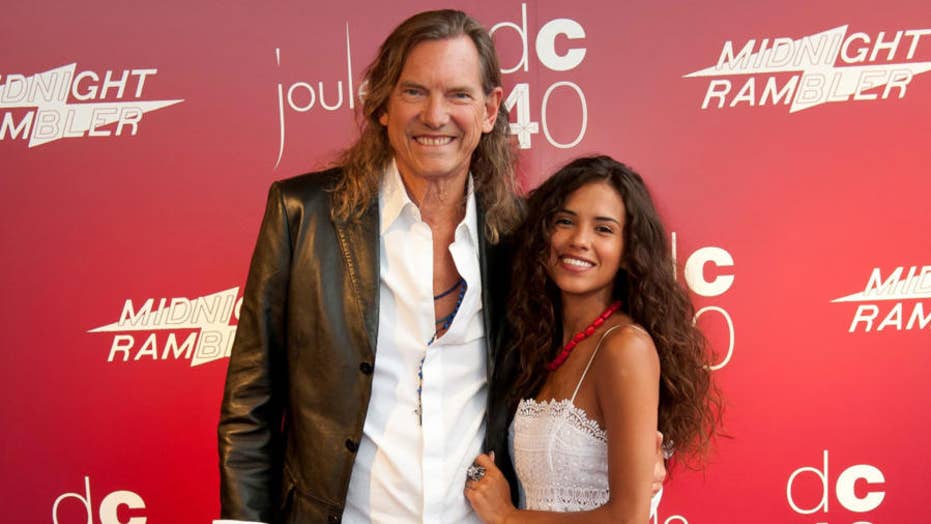 The couple says their 40-year age gap creates an opportunity to learn from each other.

EXCLUSIVE: Bill Hutchinson isn’t afraid to go after something once he has his sights set on it and chatting up Brianna Ramirez one special day was a decision of a lifetime.

The 62-year-old real estate mogul and property investor had no idea Ramirez, 22, would become a big part of his life when he met the former hostess after connecting at a Texas restaurant. She had no clue of Hutchinson’s wealth, which he said was a relief after being married twice before.

Hutchinson and Ramirez are one of two returning couples who will have another go on Season 2 of the wildly popular reality series “Marrying Millions” and with it comes a new set of challenges for the pair with a 40-year age gap.

The unlikely couple have split their time between Dallas, Texas and Miami, Fla. The duo told Fox News they’re enjoying the freedom their lifestyle provides while they continue to learn from each other.

“I think women are more mature than men, and I think I'm probably very immature for my age,” Hutchinson said before quipping, “I always tell my 16-year-old daughter boys are idiots. Boys are dumb. Don't fall in love. Don't get hurt. Don't cry. They're not worth it. Wait till you're older.”

“An older man will be a gentleman and he'll take very good care of you,” added the businessman. “Boys don't know how to handle girls and that's how we are until we get much older. I've always thought that a really good working relationship is where there is an age gap. It doesn't have to be 40 years. It could be five years. It could be 10 years. But when there is an age gap, there is an automatic respect for the elder – her to me. And there's an automatic caring – me to her – for the younger one.”

Ramirez fashions herself as low-key and more mature than her age would suggest. She said the ease with which she is able to communicate with adults and those older than her stems from her upbringing -- as a middle child among her younger and older cousins, Ramirez often found herself wandering to the grown-up table instead of sticking around with kids her age.

“Even though I was very close to my family, I fell in the middle of my older cousins and my younger cousins, so I couldn't gravitate to either one of them,” Ramirez explained. “Obviously I did, but for the most part, I would end up talking to my aunts and my uncles and so even as a child, I spoke to adults much older than me. And I think that followed throughout my life. And it always – it's just been easier for me to know that I could speak to someone that I could learn from rather than someone who just wants to lollygag and go to a bar.”

The couple said early on in their relationship, one of the biggest adjustments was simply understanding how to communicate effectively as Hutchinson didn’t want to come off as too “fatherly” to his 22-year-old potential third wife and Ramirez didn't want to sound naïve and over her head.

While Hutchinson said the pair rarely argue, whenever they do find themselves in disagreement, talking things out has come more naturally than outside skeptics might expect.

“I totally get what you're saying. We actually had one of these events last night. We got in a little dig,” said Hutchinson, president of Dunhill Partners. “And I don't want to be preaching down to her. Sometimes I do say, 'Hey, baby, I've been on this earth 40 years longer than you have so I have a little bit more wisdom than you do. Not that you're not equally as smart as I am, but I've been around. I've made more mistakes than you have. And I've learned from my mistakes. So let me share with you how that goes and why I think the way I think.’”

He added that the two share a “very easy” and “very real” relationship.

“If Bri gets a little angry, she starts rattling off in Spanish really quickly and I understand every word because I speak Spanish also,” said the Highland Park native. “But I know when she changes from English to Spanish, that's her angry Bri and I hate that. And all my children know when she goes to Spanish is, Bri's angry, but I do like to be very calm when we argue so that she doesn't feel anger from me because I am older, much larger.”

Ramirez echoed her Hutchinson's sentiment and admitted that while it’s easy to want the last word in a discussion, she generally has an idea of when to scale things back.

"Even though I am young, I have a pretty mature way of thinking. I have a good way of putting myself in his perspective and the way he really thinks about things and the way he processes things,” she explained. “So whenever we do get in a situation where we're clashing, obviously when you're in a heated argument, you want to have the last word, I suppose. But I know in my mind that I wouldn't be with someone who didn't want the best for me. So if there's ever a teaching moment, it's easier for me to sit back and take that lesson because I know he's not saying anything to me out of spite.” 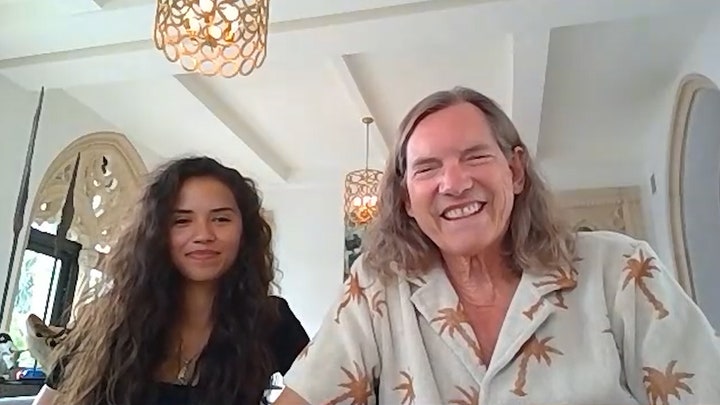 Hutchinson said he “protects” Ramirez and treats her “very gently with kid gloves” while she looks up to him “like the wise old man who's been around the block 10 times.”

“And she does ask me for answers or wisdom or knowledge all the time,” he said, adding, “when I can't answer, I say 'Let's Google it, baby,' because that's what they taught me how to do. Everything is let's Google it.”

“If I showed anger, I think it would intimidate her and she probably wouldn't take it well,” he maintained. “So, I talk to her more like a teacher explaining things, hoping that she'll be open to the words that I'm giving her, and then I'll sit back and let her talk because it's a two-way street.”

Ramirez said she revels in the life she’s enjoyed with Hutchinson thus far and it allows her to fill the motherhood role whenever she can.

“I can say that I am fulfilled in the life that I live. I love feeling that I'm essential to the kids and I love being there for them,” she explained, adding that she thinks of herself as a "stepmom."

“They have a mother but I love playing that mother role. I think it brings me a lot of satisfaction. It makes me feel good and makes me feel accomplished to know that I have their laundry put away, that I have this ready, that if anyone needs something, I know where it is.”

“It feels good to be the one taking care of the home," Ramirez concluded.

The new season of “Marrying Millions” premieres Aug. 5 at 10 p.m. ET on Lifetime.