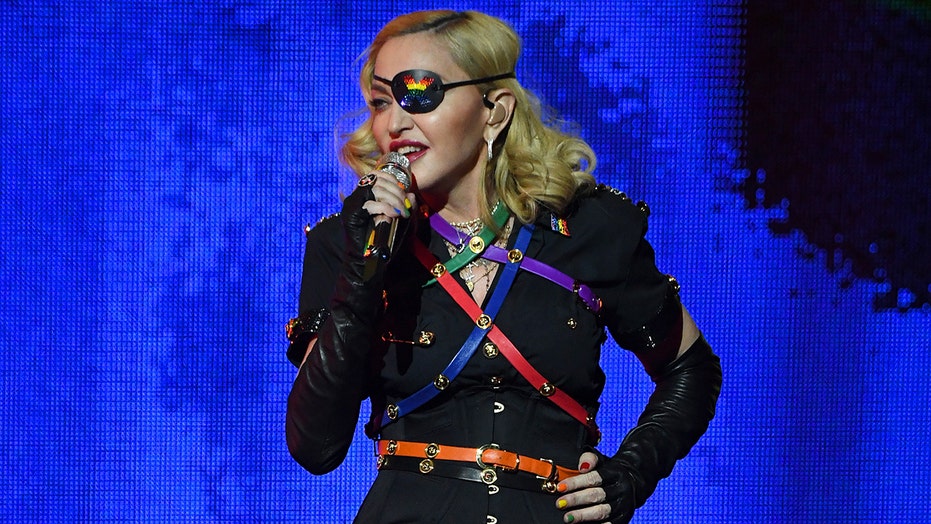 There are some more Xs on Madonna’s 2019 “Madame X” tour calendar.

“Unfortunately, Madonna’s ‘Madame X’ concert this evening at BAM Howard Gilman Opera House is postponed,” the statement read. “Madonna is currently dealing with a knee injury and has been advised rest for the next three days to assist in her recovery.”

The “Madame X” tour dates slated for Thursday, Oct. 10, and Saturday, Oct. 12, are expected to proceed as scheduled. No information about rescheduling the Oct. 7 show has been released.

In a message posted on Instagram Monday night, Madge wrote that she is “not a quitter” and ensured fans she will see them “in a few days.”

“It’s hard for Madame X to admit that she is also a human being made of flesh and blood and she must rest for the next 3 days to insure full recovery for her knee,” she wrote on Instagram. “I am not a quitter. This hurts me more than you can imagine. Its time to take those heels and fishnets off for a few days! Thank you for your understanding.”

Madonna kicked off her well-reviewed theater tour in October after a delayed start of nearly a month, marking her first shows in an intimate setting — BAM’s Howard Gilman Opera House — following decades of massive, high-grossing arena tours. The production was scheduled for three more performances at BAM — Oct. 7, 10 and 12 — before heading to Chicago and San Francisco.

Last week, Madge rescheduled additional “Madame X” dates. The opening night of the Chicago show, which was originally set for Oct. 15, was pushed back, though no reason was given, according to The Chicago Sun-Times. The first date for the San Francisco show on Oct. 31 was moved to Nov. 5, with production issues cited as the reason, the San Francisco Chronicle reports.