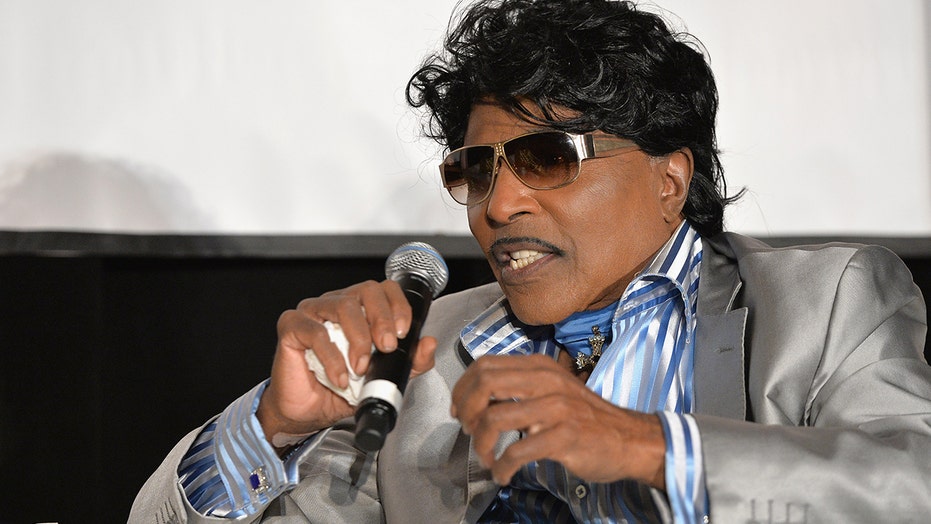 The "Tutti Frutti" singer was laid to rest at Oakwood University in Huntsville, Ala., his alma mater, on Wednesday, according to local news station, WZDX.

The singer, whose real name was Richard Wayne Penniman, died on May 9 at the age of 87. The cause of death is unknown, Penniman's son told Rolling Stone at the time.

The service was attended by Penniman's close friends and family, as well as his former bandmates. The family's rep told WZDX that about 150 people were in attendance.

Little Richard speaks onstage at 'The Legacy Lounge' a conversation with CeeLo Green and his inspiration at W Atlanta - Downtown on September 29, 2013, in Atlanta, Georgia. (Photo by Rick Diamond/WireImage for NARAS)

Pictures and footage of the funeral were shared on social media, capturing a Bible reading and an address from the university's president, Leslie Pollard.

Per People, the funeral's program showed that the ceremony also consisted of plenty of music -- including a song from Penniman's niece Brandie Inez Sutton -- and a eulogy from Seventh-Day Adventist pastor Joseph W. McCoy.

Guests could be seen wearing face masks during the ceremony.

Little Richard, the rock legend best known for the hits 'Tutti Frutti' and 'Good Golly Miss Molly,' died in May. He was 87. (Paul Morigi/WireImage)

The Associated Press and Fox News' Melissa Roberto contributed to this report.