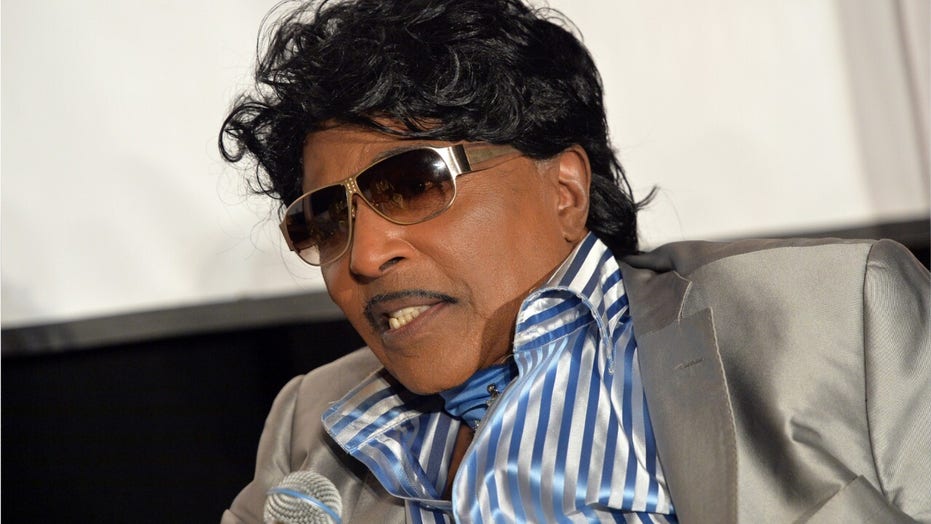 Rock and Roll legend Little Richard has died at the age of 87.

Little Richard, the rock legend best known for the hits "Tutti Frutti" and "Good Golly Miss Molly," has died. He was 87.

The musician's manager confirmed his passing to Fox News on Saturday.

"He passed away today. His family was with him," Dick Alen told us.

The musician’s son, Danny Jones Penniman, also confirmed his death to Rolling Stone, but said the cause of death was unknown.

Little Richard speaks onstage at "The Legacy Lounge" A conversation with CeeLo Green and his inspiration at W Atlanta - Downtown on September 29, 2013 in Atlanta, Ga. (Rick Diamond/WireImage for NARAS)

Born Richard Wayne Penniman on Dec. 5, 1932, Little Richard was one of rock and roll's founding fathers.

The Georgia native was one of 12 children. He reportedly left home at age 13 following accusations from his father that he was gay. He ended up moving in with a white family in Macon, Ga.

Little Richard performs during the annual PBS "A Capitol Fourth" concert at the US Capitol on July 3, 2011 in Washington, DC.  (Paul Morigi/WireImage)

At 15, he reportedly took on the nickname "Little Richard." In 1951, he landed his first record deal with RCA. He was known for his bold lifestyle choices, often decked out in sequins and makeup on stage.

It was 1956 when his classic “Tutti Frutti” landed like a hand grenade in the Top 40, exploding from radios and off turntables across the country. It was highlighted by Richard’s memorable call of “wop-bop-a-loo-bop-a-lop-bam-boom.”

Richard was cast in 1950s rock and roll films including "Don't Knock the Rock" and "The Girl Can't Help It," according to his IMDB page. But his wild lifestyle remained at odds with his faith, and a conflicted Richard quit the business in 1957 to enroll in a Bible school and get married.

PHOTOS: LITTLE RICHARD IN THE 70S

He later returned to his roots with a Gospel album titled "God Is Real."

He mounted three tours of England between 1962 and 1964, with the Beatles and the Rolling Stones serving as opening acts. Back in the States, he put together a band that included guitarist Jimi Hendrix — and later fired Hendrix when he was late for a bus.

In the 1970s, Richard battled a cocaine problem and once again abandoned his musical career. He returned in 1986 and became one of the 10 original inductees into the Rock and Roll Hall of Fame. In 1993, he received the Lifetime Achievement Award at the Grammys. According to reports, his last recording took place in 2010 for a song he gospel singer Dottie Rambo.

In 2009 he underwent hip surgery in Nashville, where he lived at the time. The superstar continued to perform and record music into his 80s.