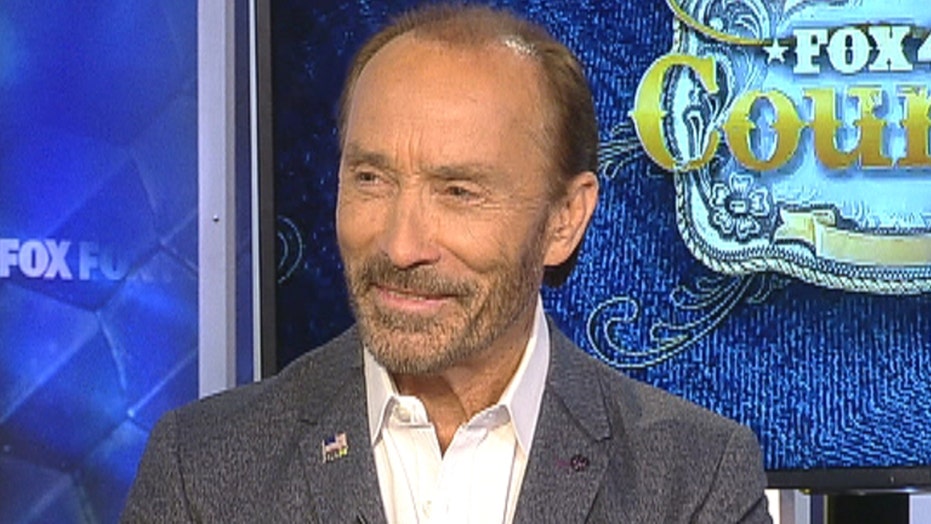 This Veterans Day, country singer Lee Greenwood is helping bring attention to the Disabled American Veterans charity’s Keep the Promise campaign through his new role as a celebrity ambassador. FOX411Country spoke with Greenwood about the effort, performing at more than 30 USO Tours and what he hopes people take away from his patriotic anthem “God Bless the U.S.A.”

FOX411 Country: Tell us about the Disabled American Veterans (DAV) charity and it’s Keep the Promise campaign.
Lee Greenwood: DAV of course, is very familiar with all Americans. I mean, they know what they do, and that is we help so many veterans who come home and have a struggle with getting their benefits and DAV makes sure that that’s achieved…We help [veterans] not just with recovery from their wounds, if that’s the case, PTSD if that’s the case, [we] help with families and the struggle that they might have with payments for cars and homes and things like that. People can sign onto this website called DAV.org/JoinLee and for Veterans Day to November 29th you can actually get on the website, make a video of the soldier in your family or some that you admire. You can actually go to the wall of honor and write a message.

FOX411 Country: Tell me about the special show that you have on Veterans Day this year?
Greenwood: Oh that’s fabulous, I’m doing Fox & Friends of course Veterans Day in the morning and then I’m flying to San Antonio and I have a performance with a friend of mine, who’s been my friend, he was wounded in Afghanistan, lost both legs, Justin Lane…  it’s a special show to honor him and all that he has done for America.”

FOX411 Country: You’ve performed on more than 30 USO tours. Why has it been so important to you to be involved and how do those shows stand out for you?
Greenwood: I have to be really honest with you, when I was 14, 15-years-old in California where I was raised, it basically was some income. The USO would pay us to go play…But while I was there, I recognize the military, I loved the discipline, I didn’t serve in the military, my father was in World War II right after the bombing of Pearl Harbor he joined the Navy but it wasn’t my calling. I was 3A in the draft and now we have an all-volunteer army. So people who sign up for this I recognize that there’s such a tremendous sacrifice. Not just the duty and away from home a lot, because we’re away from home a lot with our country music tours we’re gone sometimes 200-300 days a year but they’re gone for two or three years at a time. And may not see a child that was just born or something so it’s really, I recognize the sacrifice, so I just do all I possibly can to honor our veterans and this new assignment as ambassador for the DAV I can’t tell you how proud I am to do this.

FOX411 Country: What message do you hope people take away from "God Bless the U.S.A.?"
Greenwood: Well, if you remember how I wrote the song, the first line is "If tomorrow all the things were gone I'd worked for all my life." I was raised on a farm in Sacramento, California. I saw that farm disappear from my grandparents. We were sharecroppers and there was grain subsidizing to Russia at the time. This was like in the late 1950s and they were paid not to farm. We couldn’t make a living. And so that was the first line of the song. When I get to the middle of the song I say "I’m proud to be an American." I had not heard anybody say that since my father served in World War II. And I wrote that song in 1983 it was a time of peace. But I said, you know, we really need to do this and – there will be another song in 20 years from now, or 30 years from now, that somebody will honor America for but right now it’s America’s most recognized patriotic anthem and I’m going to sing it everywhere I can.