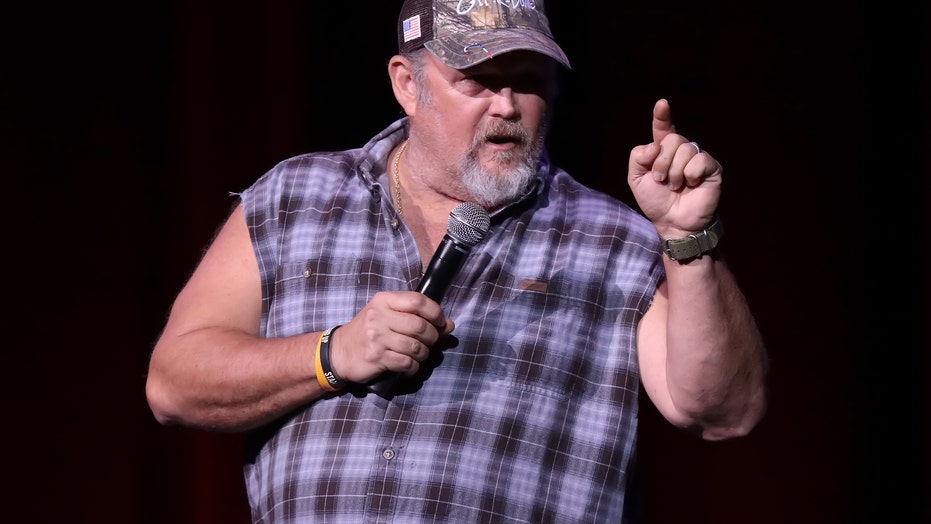 Larry the Cable Guy has slammed a number of Hollywood stars who he believes are out of touch with the current homeless situation in Los Angeles, Calif., amid the coronavirus pandemic.

“We’re all in this together,” Gadot captioned the video. She said she recorded it on Day 6 of her home quarantine.

But the comedian from Nebraska has called them out on Twitter for being "clueless" in their efforts to ease the public's concerns over the pandemic.

LARRY THE CABLE GUY SAYS UPCOMING SOLO SPECIAL IS THE CURE TO CURRENT POLITICAL DIVIDE: 'WE NEED TO LAUGH MORE'

"Here’s a message from people with a lot of possessions that can take a year off of work and not flinch telling everyone outa work to imagine a world with no possessions while people are living in the street a half mile away from ‘em," Larry the Cable Guy, whose real name is Daniel Whitney, tweeted Thursday.

"This really pisses me off! Most of us don't have any savings. Paycheck to paycheck," one of the funny man's followers agreed.

The comedian responded, "They're clueless."

"The GREATEST lesson we're all going to learn, is how VERY LITTLE these people matter in our lives. Their red carpets. Their paid endorsements. Their fashions. Their films...," wrote another Twitter user.

"They are tone-deaf on so many levels," another person responded to the comedian.

Minutes later, Larry the Cable Guy thanked his fans for communicating with him on the subject, stressing that while he holds no resentment for the stars involved in the rendition, it did not catalyze change.

"I appreciate all the awesome tweets today. Sorry I couldn’t respond to all. I have no animosity toward these folks. The song was in bad taste. Marx would be proud of that song. And I’m not imagining no heaven. Jesus gives hope. Government can’t give people a heart change or hope," he explained in a second tweet.

As of Friday morning, the confirmed number of global coronavirus infections crossed 240,000. The virus has also reportedly killed more people in Italy than in China as Italy's death toll reached over 3,400 and is now the highest in the world.

The United States has more than 14,000 confirmed cases across all 50 states and has resulted in more than 200 deaths.