'Guardians of the Galaxy' star Chris Pratt married his fiancee Katherine Schwarzenegger Saturday in a ceremony at California's San Ysidro Ranch in Montecito. The couple announced their engagement in January after dating for seven months. Guests at the wedding included Pratt's former 'Parks and Recreation' co-star Rob Lowe, 'Guardians of the Galaxy' director James Gunn and the bride's parents Maria Shriver and Arnold Schwarzenegger.

Despite not being present at (and possibly not invited to) Chris Pratt and Katherine Schwarzenegger's wedding, Joseph Baena only has sweet words for his half-sister and her new husband.

Baena, the 21-year-old son of Arnold Schwarzenegger and former housekeeper Mildred Baena, commented on one of Katherine's wedding photos on Instagram with a heart emoji and a simple "Congratulations!"

Katherine, 29, and Pratt, 39, tied the knot on Saturday at San Ysidro Ranch in Montecito, California. 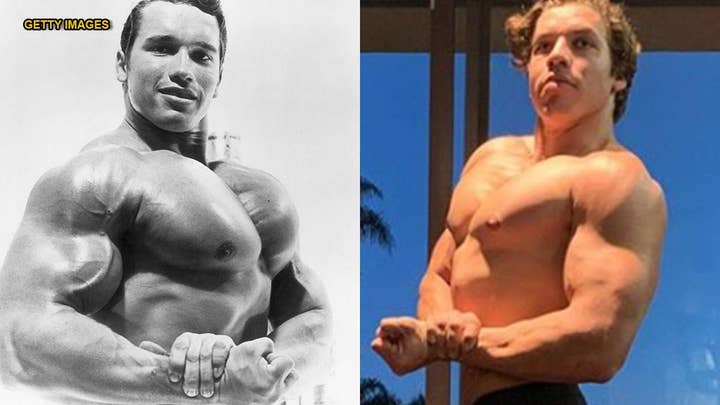 Joseph, a budding bodybuilder who greatly resembles his father, follows Katherine and her siblings Christopher and Patrick Schwarzenegger on Instagram, but none of Maria Shriver's children follow him back.

Joseph was born in 1997, but Arnold didn't inform then-wife Maria Shriver of his paternity until 2011.

Katherine previously came under fire for not including Baena in a National Siblings Day tribute.

At the time, she responded to a commenter, "Saw in your profile it says 'god always'. Just wanted to remind you of Gods presence in all of our lives and even in yours as you come spreading hurtful words and judgment. He does not judge you or any of us. I am praying for you and sending you love not because what you said is okay, but because I believe you need love to heal whatever is causing you to post comments like this. god bless you!"