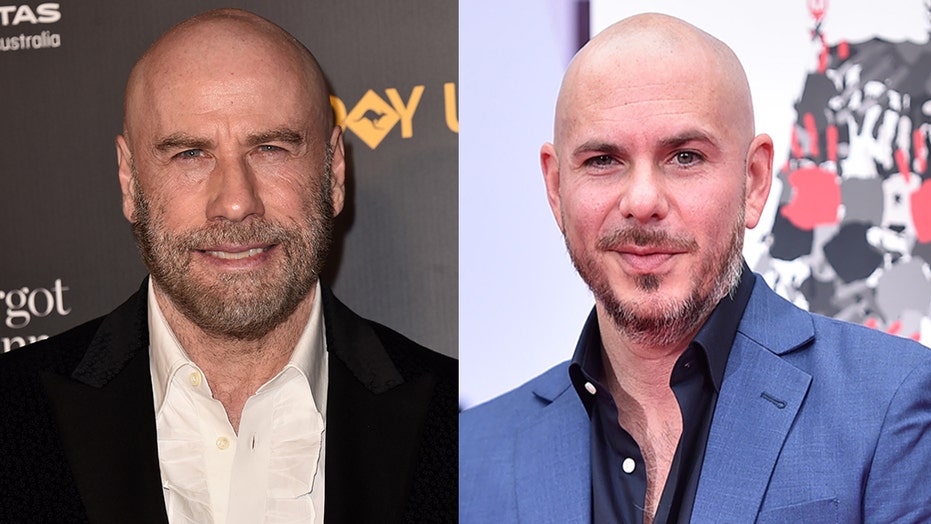 John Travolta is putting on his dancing shoes once again.

The veteran actor, 65, known for his flashy moves in the disco classic "Saturday Night Fever" and the iconic musical "Grease," made an appearance in the music video for rapper Pitbull's newest single, "3 to Tango."

Throughout most of the video, a group of choreographed female dancers perform, as a bald man who appears to be Pitbull looks on. However, toward the end of the video, the man is dramatically revealed to be John Travolta, who finishes the clip by tangoing with two women.

Pitbull promoted the video on Twitter upon its release, with the caption, "Come for the new video from yours truly, stay for a surprise from the one and only John Travolta!"

Given the surprise reveal of Travolta during the video, some fans were disappointed that the rapper spoiled the actor's secret cameo. However, this did not stop some viewers from going wild for Travolta, who is still dancing like it's 1977.

One YouTube commenter wrote, "Pitbull has reached the 'I don’t need to show up for my own music video' level of stardom - I’ll just hire Travolta to play me and I love it."

"Okay this is a whole new level...when I saw John Travolta I was like whaaattttt!!!!!!", another excited YouTube commenter wrote.

A third YouTube user commented, "John Travolta! LOVE HIS CAMEO IN THIS!! He is timeless. Classic moves and appeal. Wow."

Pitbull and Travolta have struck up a close friendship in recent times. The "Give Me Everything" rapper previously worked with Travolta on his 2018 film "Gotti," in which he contributed several songs to the movie's soundtrack. Pitbull was also supportive of the actor when he decided to go bald earlier this year, as Travolta previously revealed that the rapper inspired his new look.

"I became friends with Pitbull — you know, all of us guys who [go bald] have got to stick together," Travolta told guest host Lena Waithe on "Jimmy Kimmel Live" back in May. "Both he and my family encouraged it."

"Oh my god, it's so contagious, it's unbelievable," Travolta said on "Good Morning America" last year. "He just injects life and spirit into everybody."

The rapper also praised the "Pulp Fiction" star, who stood by his side. "It's an honor to work with John Travolta on the 'Gotti' film," he told "GMA" host Michael Strahan. "Thank you for the opportunity!"