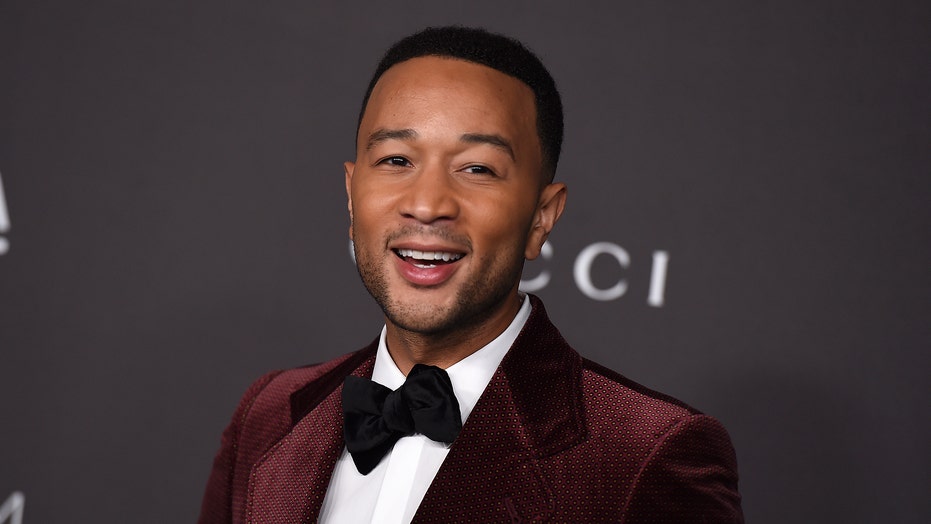 Blake Shelton, who was given the title in 2017, made the announcement on Tuesday's episode of "The Voice," on which both men are coaches.

Legend, 40, skyrocketed to fame after his debut album, "Get Lifted," was released in 2004. It earned him Grammys for best new artist, best R&B album and best male R&B vocal performance. He has also picked up an Oscar for his song "Glory," as well as an Emmy and a Tony for producing. The awards make him one of only 15 "EGOT" winners -- entertainers who have won an Emmy, Grammy, Oscar and Tony.

DRAKE RESPONDS AFTER BEING BOOED OFFSTAGE AT CAMP FLOG GNAW

“I was excited, but I was a little scared at the same time because it’s a lot of pressure,” Legend told People about receiving the honor. “Everyone’s going to be picking me apart to see if I’m sexy enough to hold this title. I’m (also) following Idris Elba, which is not fair and is not nice to me!”

So where did his trail to success begin? Simple: as a young kid, with his mother cheering him on.

“Whenever we had opportunities to sing in church or in school, my mom would suggest that I do it,” Legend said. “She always encouraged me.”

He also credited his father with helping him become the man he is today.

“My father taught me about character. He taught us by example. He always conducted himself with such grace and dignity,” the singer said. “My parents always taught me that if you’re going to succeed in life, part of success is having humility. It’s a good way to live life, treating other people the way you want to be treated.”

All of his hard work and humility have paid off, as evidenced by his ever-growing trophy collection, his family and, of course, his new title as the Sexiest Man Alive.

“I’m so proud that I have a wife and two kids I’m so in love with and so connected to. I’m also so proud of my career,” Legend said. “I love writing songs and performing on stage. I get a lot of joy from it and give a lot of joy to other people. I’m pretty at ease with myself now.”

Legend is married to model and cookbook author Chrissy Teigen, who tweeted several times after the announcement was made.

"My secret is out. I have fulfilled my dream of having b-ned @people's sexiest man alive!! An honor!!!" one tweet read.

"I cannot WAIT for people to get mad about John being the new sexiest man alive," another said. "It's my new Starbucks holiday cup."

Finally, Teigen, 33, shared a video of the couple's children learning the news, which they didn't have much interest in.

"I want to watch the movie, Mom," said their 3-year-old daughter Luna in response while Miles, 1, cried.