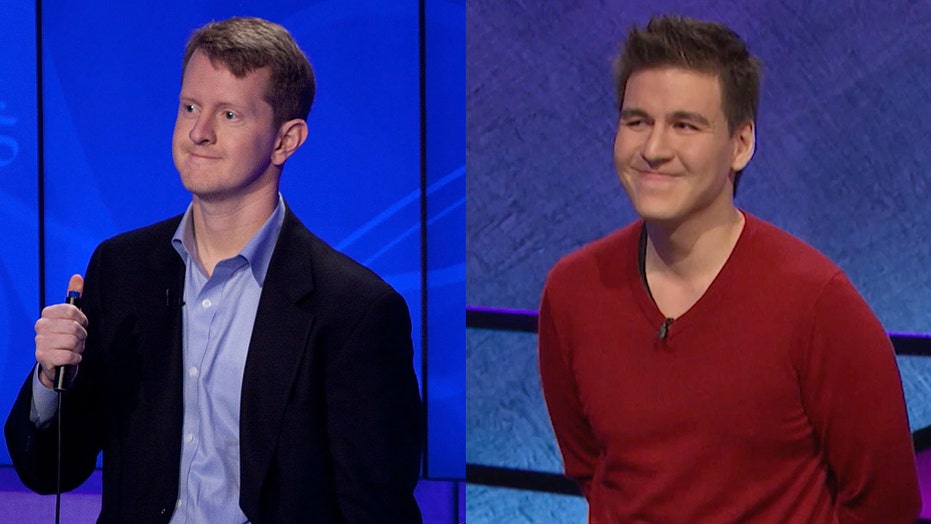 On Wednesday, Jennings and actress Sherri Shepherd visited “Access” to chat about their new show titled, “Best Ever Trivia Show."

During their exchange with Kit Hoover and guest co-host Howie Mendel, the “Jeopardy!” legend revealed that while he was rooting for Holzhauer’s domination, deep down he hoped the professional sports gambler wouldn’t touch his historical mark set in 2004.

“Honestly, I was cheering for this guy because before I was a ‘Jeopardy!’ contestant, I was a fan of the game – and you just want to see it played at a high level. So, I’m cheering for this guy because he’s elite. He’s fantastic,” said Jennings before teasing: “And I had a little James voodoo doll at home, and I’d poke him in the brain with this pin!”

“God spoke and said it so, he didn’t want anybody to beat Ken Jennings,” Shepherd, 52, added.

“God is okay with somebody coming within one day of my record, but then God is like –,” Jennings chimed in while simulating a buzzer-press and making a zapping noise.

When asked if the two “Jeopardy!” Jedi would ever face off, Jennings, 45, said “You know, I would love to do it, but it’s been 15 years since I was in ‘Jeopardy!’ shape."

The computer scientist and author was immediately interrupted by Mandel, 63, who wisecracked that there were "no excuses" before telling Jennings that a meeting between the geniuses would be enticing.

Ken Jennings said an 'Jeopardy!' game between him and James Holzhauer is 'inevitable.' (Getty Images/AP)

“I think it would be irresistible for ‘Jeopardy!’” Jennings raved. “They always have tournaments where they bring people from the past back. It’s gonna be a Pay-Per-View event. Me and James and the computer from the evil IBM computer, and we’re gonna get in the ring.”

“I would pay for that,” Shepherd retorted. “But, you both had different strategies for how you got your answers. That’s what I think is fascinating about watching both of them.

Still, since Holzhauer made his debut competing on the game show in early April, he has shattered multiple records. He surpassed $1 million in the shortest time ever in April and most notably, he broke the show's record for single-day cash winnings on April 9th's episode.

Since Holzhauer’s prize was won in California, the gambler is expected to have paid up his obligations as a non-resident.

Additionally, as a resident of Nevada, which charges no state income tax, Holzhauer is expected to have taken home about 52 percent to 53 percent of his winnings – which would net him between $1.2 million to $1.3 million, Richard McGowan, associate professor of the practice in the finance department at Boston College, told FOX Business last week.