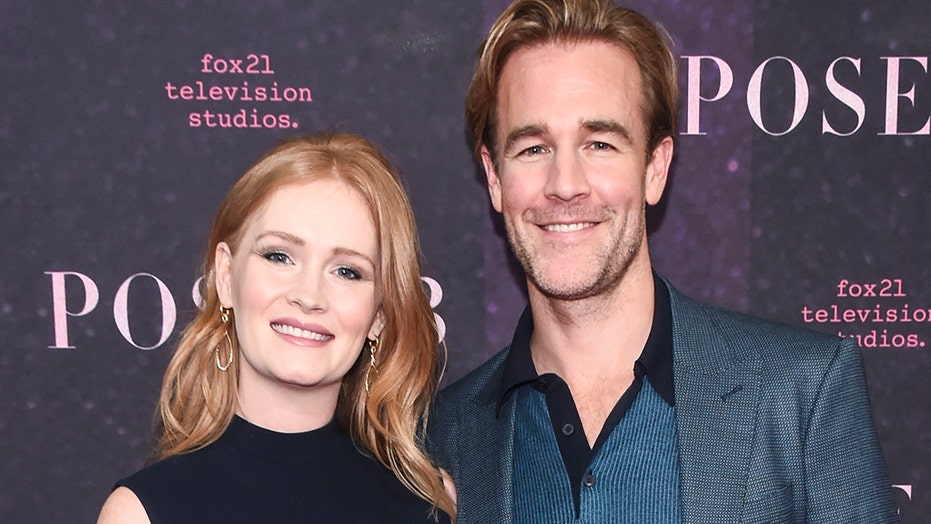 James Van Der Beek has been eliminated from “Dancing with the Stars.”

The former “Dawson’s Creek” star, 42, was voted off the popular dance competition on Monday in a tight race against singer Ally Brooke after performing two dances for judges Len Goodman, Bruno Tonioli and Carrie Ann Inaba.

Van Der Beek was eliminated in what host Tom Bergeron described as the “hardest judge’s verdict so far this season.” The difficult elimination came in light of Van Der Beek’s announcement that his wife, Kimberly, had suffered a miscarriage over the weekend.

Van Der Beek revealed the news of the miscarriage in a video package earlier in the episode, noting that he and Kimberly experienced every parent’s “worst nightmare.”

“My wife Kimberly and I went through every expecting parent’s worst nightmare. We lost the baby,” Van Der Beek said. “The little soul that we had expected to welcome into our family took a shortcut to whatever lies beyond.”

“You never know why these things happen, that’s what I’ve been telling my kids. All you know is that it brings you closer together, it breaks you open, it opens your heart, it deepens your appreciation,” said the actor. “It makes you more human.”

SEAN SPICER ELIMINATED FROM 'DANCING WITH THE STARS'

The news of the miscarriage came a month after Van Der Beek announced that Kimberly was expecting on a previous episode of “DWTS.”

The actor shared a clip of his wife getting her first ultrasound with their other children in attendance.

"Hearing the heartbeat was something we never take for granted," the "Pose" actor previously said on "DWTS." His wife has suffered several miscarriages in the past.

In his initial Instagram announcement of the pregnancy, Van Der Beek even touched upon the idea of miscarriage and noted there should be “zero shame” involved.

"@Vanderkimberly and I have been through three of those first appointments to discover either no heartbeat, or no baby, and she wanted to share this moment. Miscarriage (a word that needs a replacement – nobody failed to 'carry', these things sometimes just happen) is something that people rarely talk about, and often go through in secret.

"But there needs to be zero shame around it, or around giving yourself the time and space to grieve. We decided to put ourselves out there – not knowing what we’d find – in an effort to chip away at any senseless stigma around this experience and to encourage people who might be going through it to open themselves up to love & support from friends and family when they need it most."

Those involved with “DWTS” struggled with the decision to boot Van Der Beek off the show.

“This is not easy. First of all, this is not at all what I expected to see here,” judge Inaba noted as she made her decision.

Upon hearing the news that she would be advancing to the finals, Brooke offered her spot to Van Der Beek.

“Can I give it to James?” Brooke tearfully asked before apologizing to the actor.

Bergeron chimed in, noting that Brooke’s offer was “a lovely gesture.”