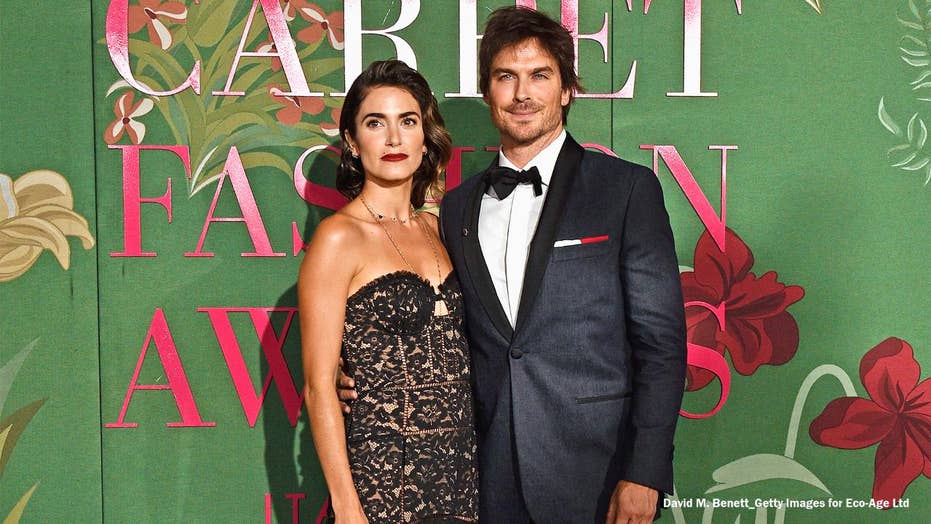 Ian Somerhalder recalls working with wife Nikki Reed in 'V Wars': 'I owe her 20 years of back massages'

Ian Somerhalder is returning to the world of vampires, and he says this time the bloodsuckers are scarier than ever.

The 41-year-old, who made his mark as suave Damian Salvatore in “Vampire Diaries,” is now playing what he’s calling “a superhero dad” in the Netflix series “V Wars,” inspired by the graphic novel of the same name. The actor stars as Dr. Luther Swann, a scientist trying to save the world from a deadly outbreak — one that has transformed his best friend into a murderous predator who feeds on other humans.

Somerhalder spoke to Fox News about why he’s doing another vampire show, how he’s trying to make these monsters horrifying again and what it was really like working with his wife, former “Twilight” star Nikki Reed.

Fox News: Why another vampire show?
Ian Somerhalder: Listen, my agent has been my agent for 23 years, my manager, 19 years. These are deep familial relationships. We make decisions as a group, as a family. When they brought this to me, of course, there was a little bit of trepidation… my wife very much stepped in and reminded me that these are five books Jonathan Maberry... [He's] a bestselling author, a prolific writer.

My wife also reminded me that having spent 172 episodes in "Vampire Diaries," it gave me a bit of insight into this genre. I love this genre. I know a lot about it, and I could take those skill sets that I learned on "Vampire Diaries" and put them into "V Wars" and push myself even more in a grounded performance of a show because this is the first time ... This is science and medical-based. There's nothing supernatural about these vampires. It's happening in front of you in real time. I think that's actually the first time we've ever seen that in film or television. That's exciting, the grounded reality of the show and how it plays into society.

Fox News: What was it like working with your wife Nikki Reed?
Somerhalder: It was really amazing. Initially, the producers… wanted her to play my wife, and she said, "No, I appreciate that," but she wanted to play something that was more unexpected, and she did and crushed it. She's now this really well-known jewelry designer, and she's built this incredible sustainable company.

So to see her go in ultra-prepared... breastfeeding our baby, making sketches on conference calls, building this company, put it all down, walk onto set, deliver these powerful, nuanced performances, give everyone a hug and leave —  you're just like, "Whoa, what was that?"

She's really a powerhouse, and we are all grateful as producers that she came and really did us a solid favor. It was amazing being able to watch her and be on set with her because we're so lovey-dovey in life and these characters were sort of at each other a bit. It was an amazing experience. I was also directing. Being able to do that with her and set up the scenes and then rehearse with her and then go back and work on camera angles and, then [she] and I would come back together and shoot the scene, and she would leave set... I owe her 20 years of back massages.

Fox News: How important was it to play a “superhero” who happens to be a dad?
Somerhalder: Listen, I got to play Damon Salvatore for eight years. He was one of the best-written characters on television ever. I didn't say acted, but it was definitely one of the best-written characters in the world. He was funny, he was snarky, he was dynamic, he was sexy, he was dangerous. He was also an a—, but people loved him because he had a certain vulnerability to him, and he was funny.

Ian Somerhalder, Nina Dobrev and Paul Wesley attend a fan meet and greet for the cast of 'The Vampire Diaries' at HMV, Oxford Street on June 3, 2010 in London, England. (Photo by Ferdaus Shamim/WireImage)

But Swann is a really good man. And I believe with steadfast conviction that great fathers, great scientists, and great dads, all of what Swann is, those are superpowers. They're their superheroes because everything around them spreads positively, and we need more of that in the world. I feel as if Swann has these superpowers that I respect in men, and I was excited to play him.

Fox News: How was your character in “V Wars” different?
Somerhalder: The one interesting thing that we found was people don't want an ordinary hero. They want an extraordinary hero. So we sent Swann down this path of a lot of resistance, and he's going to be tasked with finding a cure for this disease. These vampires are happening as a result of a disease. He's a doctor. He studies infectious disease in his entire career. He works with the best epidemiologists in the world hoping to prevent a catastrophic pandemic event that would damage society and humanity... we're going to send him on a really crazy path of protecting his family and keeping his own humanity.

Fox News: It looks like “V Wars” is trying to make vampires scary again.
Somerhalder: We worked very hard on that aspect. We spent 11 months in post-production on a 10 episode television show. That is unheard of… There are some sexy vampires in "V Wars," but we call them "bloods" in our show. [And] vampires are scary. This is a genetic mutation that happens to them.

Ian Somerhalder refuses to leave the world of vampires behind. (Photo courtesy of Netflix)

They are murderous beasts. If you were in a room with these people – well, first of all, you probably wouldn't make it out – but you would run for your life... Being able to really mix genres from the vampire genre and a bit of the horror genre, I think it's a really wonderful path for some powerful storytelling and the ability to build these creatures out to be profoundly scary.

“V Wars” is currently available for streaming on Netflix.