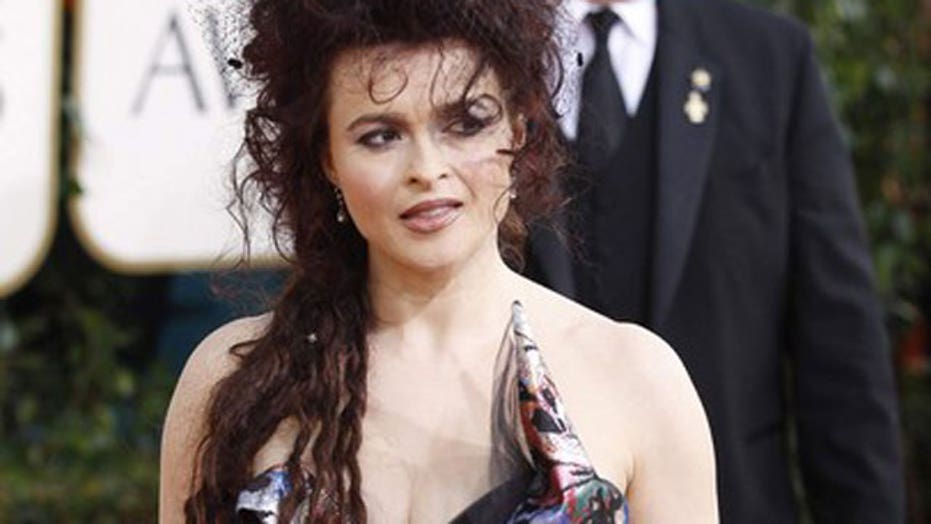 Helena Bonham Carter is speaking out about working with some big-name actors.

On a recent visit to "The Late Show with Stephen Colbert," Carter, 53, offered up her thoughts on co-stars like Sacha Baron Cohen, Colin Firth and several others "in a non-Daily Mail dangerous kind of way."

When asked about "Crown" castmate Olivia Colman, Carter said she has a "very big heart."

"Very Niagara in her capacity for crying," Carter noted. "She's extraordinary but she feels everything. There's nobody like here with no tear duct like her, actually."

Of Colin Firth, her "King's Speech" counterpart, she said he "talks too much," but that she still loves him "dearly."

"He was playing basically Princess Margaret's father who obviously had problems with speech and he had a stammer," Carter recalled. "So the only way I knew when we were actually filming was when Colin stopped talking. I'd go like 'oh, we must be filming, he stopped.'"

Next came her thoughts on Rihanna, with whom she worked on the caper flick "Ocean's 8."

She's a goddess, she looks extraordinary," spilled Carter. "Could never understand a word she said, though. We speak totally different languages. But I loved her and she was amazing to look at. Really great actress, too."

Colbert, 55, then remembered a time when he had dinner with Cohen, 48, the chameleon-like performer behind characters like "Borat" and "Ali G," who arrived dressed in lederhosen and carried a giant wheel of cheese.

"Absolute gentleman," Carter called Brad Pitt, her "Fight Club" co-star. "He looks as if he swallowed the sun. He's just such a good thing on the exterior and the interior."

"He loves poems, he writes them, he quotes poems," she said. "He's also really handy because I like my tea and my coffee and my Diet Coke and things and he'd hold them all for me, so he's really helpful."

Carter stars as Princess Margaret in the third season of "The Crown," currently available to stream on Netflix.