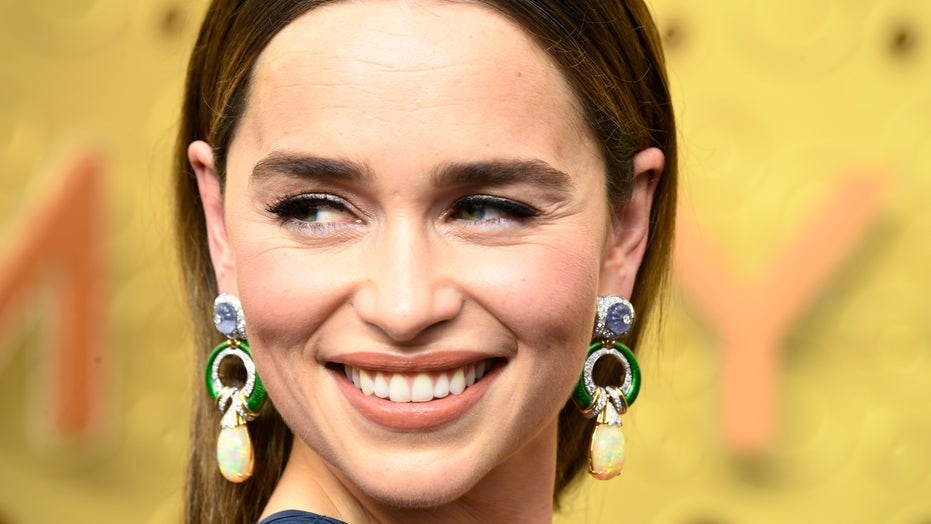 Actress Emilia Clarke spoke candidly in a recent interview about how she coped with the pressure and fans' reactions to her nude scenes in the early days of her starring role on HBO’s massive hit series “Game of Thrones.”

The 33-year-old actress sat down with actor Dax Shepard for an episode of his podcast, “Armchair Expert,” where Clarke explained that she learned as early as Season 1 that she could not go to the Internet for validation about how her nude scenes went.

“I learned it very early and I don’t look at anything at all ever, ever, ever, because when I did, after Season 1, I just saw articles about like how fat my a-- was,” she said (via Yahoo Entertainment). “I was like: I’m a kid, man. Cut me some god---- slack.”

Elsewhere in the interview, the star opened up about feeling pressure to do nude scenes, having landed the highly coveted role right out of drama school.

The actress explained that she used to treat the role like a job and considered whatever was in the script as completely necessary to the scene, including nudity.

“Now things are very, very, very different and I’m a lot more savvy with what I’m comfortable with and what I am OK with doing,” Clarke said on the podcast. “I’ve had fights on set before where I’m like, ‘No, the sheet stays up,.’ and they’re like, ‘You don’t want to disappoint your ‘Game of Thrones’ fans.’ And I’m like, ‘F--- you.’”

The actress explained that the one person who helped guide her in those early days was her on-screen moon and stars, Jason Momoa.

“It was definitely hard,” she said. “Which is why the scenes, when I got to do with Jason, were wonderful, because he was like, ‘No, sweetie, this isn’t OK.’”

She explained that her 40-year-old co-star was the only one to protect her, recalling a time in which the "Aquaman" star demanded that someone get her a robe when he noticed her shivering during a scene.

“He was so kind and considerate and cared about me as a human being.”

Clarke stopped short of saying that she didn’t think her character’s nude scenes were ever necessary, noting that they helped establish her vulnerability in early episodes. Now that the series is over, she can be seen next in the film "Last Christmas."