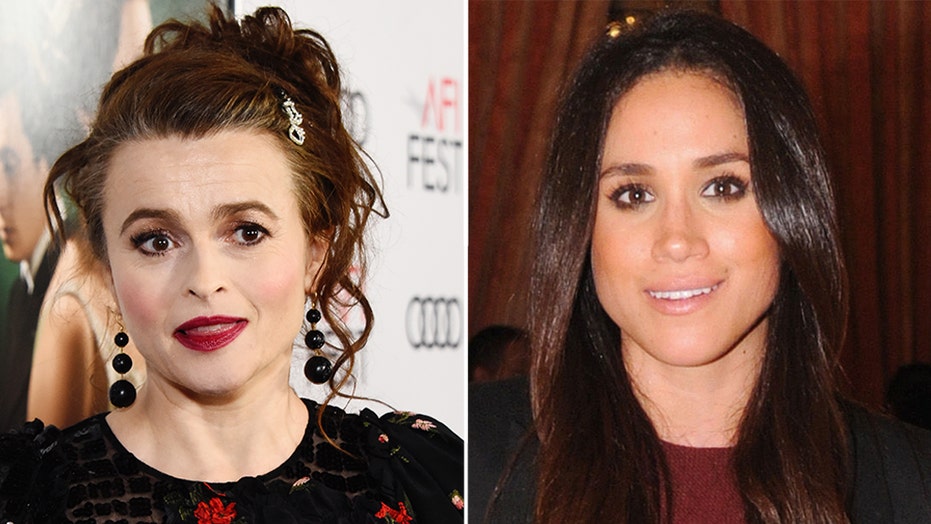 Helena Bonham Carter is sharing advice with Meghan Markle on how the Duchess of Sussex should handle the negative press about herself in the midst of Markle and Prince Harry’s ongoing legal battle with some media outlets.

"The Crown” star appeared on “Watch What Happens Live with Andy Cohen” on Tuesday and offered her take on the couple’s situation.

"I don't pay attention to it and I wish she wouldn't have to," Carter said of the negative press centered on Markle. "I feel like there's just so much. It's just all too much."

Carter, 53, said that despite the unfairness of the negativity, it shouldn’t come as a surprise to Markle, and that it’s something she’ll have to accept.

"It must be really hard for her not to, but all I'd say to her is, as soon as you become well-known and in the public, it's a domain you have to kind of accept,” Carter continued. “All that people think about you and write about you, that's about them and it's not really about her."

"The most important or useful thing that someone told me is, [why are] you putting your self-esteem in the hands of strangers?" she added.

Carter, who plays Harry’s great aunt Princess Margaret in the Netflix series, explained to Cohen that she could see similarities to what Markle is experiencing and what Carter has learned while playing the late Margaret.

"That's the same thing with Margaret. It's really interesting playing her,” Carter said. “So many people keep giving me an opinion about every single person in the royal [family]. You're like, 'You didn't meet them!'”

“Everyone feels that they're an authority. And of course, unless you've met the person, don't even voice an opinion," she added.

During her interview, the “Kings Speech” star also recounted an experience she had with Prince William and explained to a caller how the Duke of Cambridge reacted when Carter asked him to be the godfather to her child.

"I wasn't that drunk. Enough drunk for me not to drink anymore,” she admitted. “He wasn't totally sober himself. Not in a bad way, it was just very jolly.”

"The thing is, I'd spent all my friends as godparents on my first child, so Billy had 11 godparents. And so I thought I could make up for Nell -- who suddenly came along and we didn't have any left -- I thought, 'Well if I give her Prince William that will cover [everything],'" Carter said of her 16-year-old son and 11-year-old daughter, whom she shares with director Tim Burton.

"He just said, 'You don't want me to be godfather to your child.' And I left," Carter said. "I mean obviously it didn't work out."

Season three of "The Crown" is currently streaming on Netflix.