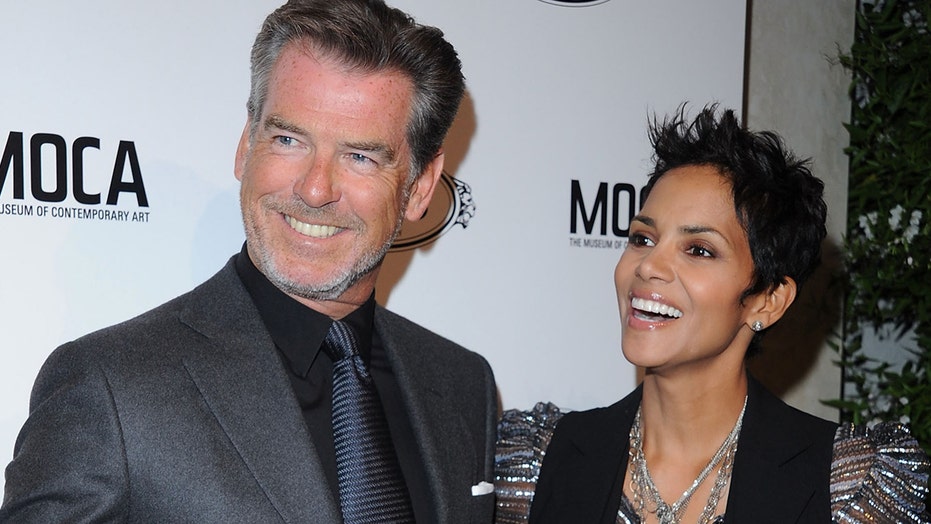 Halle Berry spilled the beans on a secret she’d been keeping since her time on the 2002 James Bond installment of “Die Another Day.”

The actress spoke with Jimmy Fallon on Tuesday’s edition of “The Tonight Show” and revealed that while filming the movie alongside Pierce Brosnan, he once saved her life on the set after she began choking — and for that, she’s eternally grateful to the Bond star.

“I was supposed to be all sexy, trying to seduce him with a fig,” Berry said of her Bond girl character Jinx Johnson. “I end up choking on it and he had to get up and do the Heimlich.”

The 53-year-old “Monster’s Ball” standout couldn’t contain her laughter as she continued.

"That was so not sexy,” she added, prompting Fallon to maintain that we’d never see James Bond perform such a maneuver in a movie.

“James Bond knows how to Heimlich! He was there for me, he will always be one of my favorite people in the whole world," Berry said.

While her daughter is taking this time in stride, the same can’t be said for Maceo, who is "like a madman right now,” Berry said. “He's bouncing off the walls, he just doesn't know what's happening. It's really hard for him."

Berry recently said she has been utilizing her son as a weight during her at-home workout sessions and said Maceo is holding up well during her leg extensions, which aids in keeping him occupied.

JAMES BOND IS BLOODY, BATTERED IN 'NO TIME TO DIE' SNEAK PEEK

"I even use my son as workout equipment when we're goofing around," Berry wrote in Women’s Health last week. "I'll sit in a chair and he'll lay across my feet, and I'll do a few sets of leg extensions."

The workout should serve Berry well for her upcoming role in a film that she also directed titled “Bruised,” in which she plays disgraced MMA fighter Jackie “Justice.”

Coincidentally, Berry was injured while filming the movie.

“When you go hard, you’re bound to get hurt,” she told Fallon.