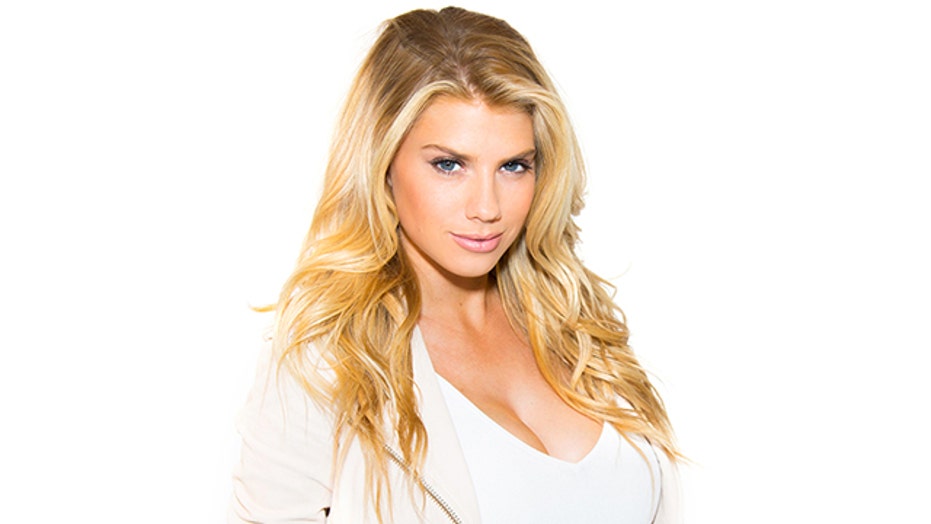 Charlotte McKinney is ready for her close-up.

The 26-year-old model, who previously made her mark as a GUESS Girl and Carl’s Jr. viral star during Super Bowl XLIX, recently told Social Life she’s focused on pursuing acting in Hollywood these days.

“Right now my main focus is really in the acting space, doing as many auditions as possible that fit my passion, one of which is comedy,” McKinney explained to the outlet. “I think modeling will always be a part of my life, but acting is much more meaningful and what feeds my soul right now. We live in such a different, kinda crazy world right now, I do love the ability to laugh and poke fun at things. Not taking anything too seriously really is the name of the game right now.”

While McKinney couldn’t spill on what she is up to next, she insisted the future looks bright for the budding starlet.

“I have to play by the rules, but I’ve filmed some cool movies so far this year that I’m excited for,” she said. “I recently spent some time in Fiji filming the remake of ‘Fantasy Island.’”

“I really think there are a number of attributes that play into success, and this is a profession that I love and take very seriously,” continued McKinney. “It all boils down to keeping yourself healthy, at the top of your game, and understanding which projects are perfect for where you are now, and where you want to be.”

According to the magazine, McKinney first became “Insta-famous” when she used Instagram to launch a modeling career in her late teens. That ultimately led to her high-profiled gig with GUESS. After appearing in the Carl’s Jr. commercial for their “All-Natural Burger,” which shows McKinney seemingly nude, she was named “the next Kate Upton,” after the Sports Illustrated Swimsuit cover girl. McKinney would go on to appear on “Dancing with the Stars,” as well as 2015’s “Joe Dirt 2,” as well as 2017’s “Baywatch” and “Flatliners,” also released that same year.

"With GUESS, I could just really be myself and show my curves... It was great. It really helped me shine more than hiding it."

In addition to pursuing acting, McKinney is also a proud supporter of Best Buddies, a nonprofit organization that aims to create opportunities for those with developmental disabilities.

“It’s near and dear to my heart, and gives me a purpose in life and centers me,” said McKinney. “Being a buddy to someone who has a developmental disability gives me a good feeling at the end of the day, and helps me step out of my day-to-day life in a very good way. I’ve been working with the organization since high school.”

Back in 2016, McKinney told Fox News that her rise to stardom as a model was far from smooth sailing.

“I moved to Miami to pursue modeling and you know, I got a lot of nos,” she recalled at the time. “So I just kept pursuing it. And I kept shooting. And a lot of agencies weren’t taking me. I started to put out a lot of material online and Instagram and shooting a bunch. And then, I finally got an agent. And it kind of went from there.”

And McKinney’s hard work paid off, ultimately landing her a campaign with GUESS.

“What it was like making it as a GUESS Girl for me was huge,” she said. “Just because it’s been so iconic my whole life. You know, I’m a curvier, more bombshell kind of girl and GUESS has always had that beautiful, curvy girl. And when I was a part of that, it was huge for me. When I first saw my GUESS ad for the first time, it was just a shock. It was crazy seeing my face with GUESS underneath it. So it hit me hard.”

“Usually with any brands and stuff, they really want to tone down your curves and your chest,” she continued. “But with GUESS, I could just really be myself and show my curves... feeling more comfortable. It was great. It really helped me shine more than hiding it.

But looking and feeling like a pinup takes work, stressed McKinney.

“I do a lot of hot yoga,” she shared. “I do Pilates. And I try to eat really healthy. I try and eat anything that’s not packaged. I juice a lot and when I’m traveling, I’m making sure I’m up on my vitamin C… and just eating all-natural foods. And getting to the gym when I can find the time, too.”