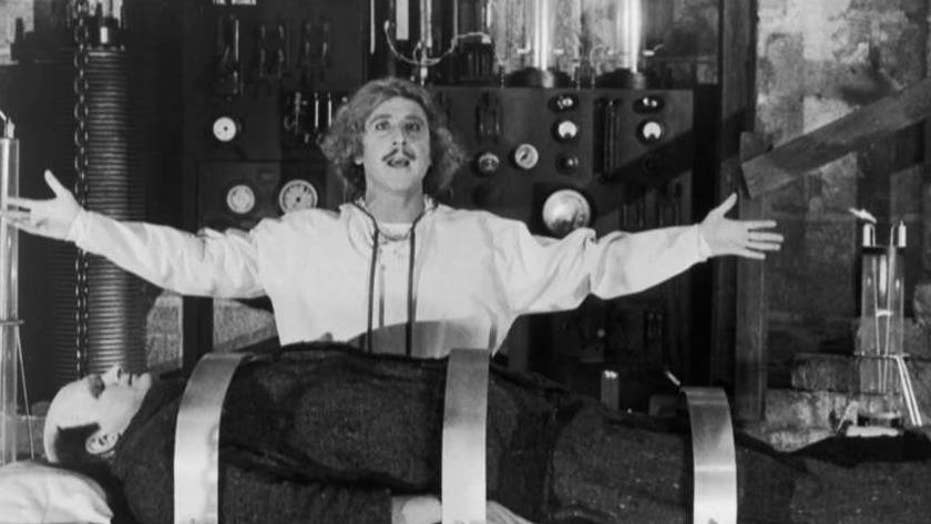 Gene Wilder, star of "Willy Wonka" and several classic Mel Brooks comedies, is dead at the age of 83.

Wilder's nephew Jordan Walker-Pearlman said the comedy legend died late Sunday in Stamford, Conn. from complications from Alzheimer's disease, a condition the actor kept private for three years so as not to disappoint fans.

"He simply couldn't bear the idea of one less smile in the world," his nephew said.

Mel Brooks tweeted on Monday that his longtime friend and collaborator was "One of the truly great talents of our time. He blessed every film we did with his magic & he blessed me with his friendship."

Wilder's big break came in 1968 when he was cast in Brooks' "The Producers" opposite Zero Mostel. Wilder had met Brooks a few years earlier when Brooks was working on the script, then just a screenplay called "Springtime for Hitler."

Wilder received an Oscar nomination for the role of Leo Bloom, but the movie did poorly at the box office. "Willy Wonka" followed, but ticket sales also disappointed. Woody Allen's "Everything You Always Wanted to Know About Sex* (But Were Afraid to Ask)" was his first hit, after which Wilder convinced Brooks to direct a film he had come up with himself: "Young Frankenstein." The black-and-white slapstick comedy was a smash, and was shortly followed by another Brooks hit, "Blazing Saddles."

Wilder was close friends with Richard Pryor and their contrasting personas — Wilder uptight, Pryor loose — were ideal for comedy. They co-starred in four films: "Silver Streak," ''Stir Crazy," ''See No Evil, Hear No Evil" and "Another You."

But Wilder would insist in a 2013 interview that he was no comedian. He told interviewer Robert Osborne it was the biggest misconception about him.

"What a comic, what a funny guy, all that stuff! And I'm not. I'm really not. Except in a comedy in films," Wilder said. "But I make my wife laugh once or twice in the house, but nothing special. But when people see me in a movie and it's funny then they stop and say things to me about 'how funny you were.' But I don't think I'm that funny. I think I can be in the movies."

"The greatest comedic mind of my childhood is now gone," actor Josh Gad wrote on Twitter. "#RIP #GeneWilder & thank you 4 your pure imagination. This one hits hard."

Tweeted Jim Carrey: "Gene Wilder was one of the funniest and sweetest energies ever to take a human form. If there's a heaven he has a Golden Ticket."

Wilder was married four times. His third marriage to fellow comedian Gilda Radner, an original "Saturday Night Live" cast member and star in her own right, lasted from 1984 to 1989, when she died of complications from ovarian cancer.

The two met met on the set of the Sydney Poitier directed movie "Hanky Panky." Wilder was remarried in 1991 to Karen Webb, a supervisor for the New York League for the Hard of Hearing who had been an expert on "See No Evil, Hear No Evil." The marriage lasted until his death.

Wilder, a Milwaukee native, was born Jerome Silberman on June 11, 1935. His father was a Russian emigre, his mother was of Polish descent.

When he was 6, Wilder's mother suffered a heart attack that left her a semi-invalid. He soon began improvising comedy skits to entertain her, the first indication of his future career.

"I was having trouble with one little section of the play, and he gave me tips on how to act. He said, 'That's a song and dance. He's proselytizing about communism. Just skip over it, sing and dance over it, and get on to the good stuff,'" Wilder explained. "And he was right."