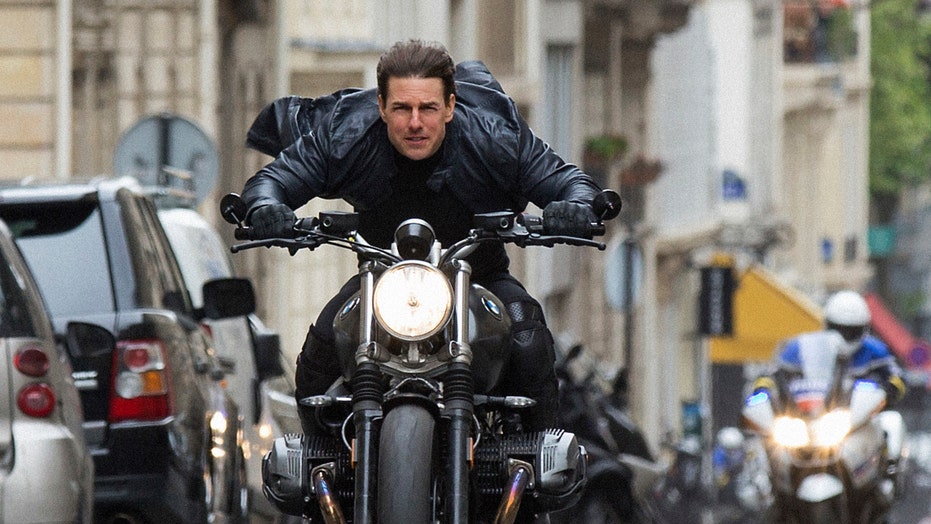 As the number of patients testing positive for coronavirus continues to climb around the world, the film and television industries have taken a massive hit due to mounting delays, suspensions and even cancellations of major productions.

The suspension of live audiences from daytime and late-night talk shows was one of the first trickle-down effects of the global pandemic. But as of Thursday, CBS’ “Survivor,” Fast and Furious sequel “F9” and “A Quiet Place Part II” were the latest to be added to an already long list of programs forced to either halt filming or postpone releases.

Producer and media consultant Kathryn Arnold described to Fox News why the entertainment industry may be taking the biggest hit financially.

CINEMACON CANCELED DUE TO CORONAVIRUS

“Now with all of the cancellations of festivals and markets, the sales of films are being affected and the promotional viability of the films are being affected,” Arnold told us. “There’s now a question mark of whether it makes sense to release such big and potentially strong revenue-producing films here in the states when those box office dollars can be compromised.”

But there may be an even larger deficit for the people who are actually creating these productions, Arnold stressed.

“The financial ramifications are not only for the studios and the production companies that are financing these films but for all of the employees,” Arnold shared. “Everything from making a film on a set with 40-300 people who are sharing space, sharing corridors to sharing food poses risks. You have an industry that's extremely human-oriented."

AS CORONAVIRUS SPREADS, THESE LATE-NIGHT SHOWS ARE RECORDING WITHOUT AN AUDIENCE

In a letter to the show's crew members obtained by Entertainment Weekly, host and executive producer Jeff Probst explained that production has been pushed back until mid-May.

"Due to the growing short-term uncertainty surrounding the global spread of COVID-19 and the corresponding desire for the continued well-being of our amazing crew, we have decided to push back our start date for 'Survivor' season 41," the letter read.

Similarly, the TV show "Riverdale" also suspended production after "a member of the production came into contact with someone who recently tested positive," Variety reported Wednesday. It wasn't immediately clear whether that person was part of the cast or crew.

"We have been made aware that a team member from ‘Riverdale,’ which is produced in Vancouver, was recently in contact with a person who has tested positive for COVID-19. The team member is currently receiving medical evaluation,” a Warner Bros. TV spokesperson told Variety, adding that "out of an abundance of caution, production on ‘Riverdale’ is currently suspended."

CORONAVIRUS CONCERNS CAUSE 'JEOPARDY!' AND 'WHEEL OF FORTUNE' TO BE FILMED WITHOUT LIVE AUDIENCES

Paramount announced its postponement for the theatrical release date for “The Lovebirds,” a romantic comedy starring Issa Rae and Kumail Nanjiani that was scheduled to premiere in theaters April 3. The studio has yet to announce a new release date.

And last week, April's biggest movie release, the James Bond film “No Time to Die,” was postponed from early April to November. Much of the film's early promotion had already begun, with Daniel Craig hosting “Saturday Night Live” on Saturday and the release of Billie Eilish's theme song.

Although North American theaters have yet to report any discernible decline in earnings, the global theatrical market has been directly impacted by the virus. Cinemas have been closed in China for several weeks and Italy also recently shuttered its theaters. In many countries, health experts are advocating social distancing to help prevent the spread of the virus.

“It is a production nightmare,” Arnold added. “Movies and television shows cost on the low end $10-35,000 for a small independent movie to hundreds of thousands of dollars a day. If you’re retaining your crew and location sites but you’re not filming, you’re spending money without getting the results. There are equipment, transportation and logistical costs of putting people on retainer so they don’t go off and do another movie. Those are all critical pieces of filmmaking.”

John Krasinski, writer and director of “A Quiet Place 2," announced Thursday that his film, a Paramount Pictures release, would not open next week as planned but be postponed to an as-yet-unannounced date. Universal Pictures also announced that “F9” won't open May 22 as planned but in April next year.

Over in China, the premiere for “Sonic the Hedgehog” has been delayed and the release date of “Mulan” was also pushed back. In Venice, Italy, “Mission: Impossible VII” halted its production and shooting.

Pedestrians pass under a news ticker in Times Square, Wednesday, March 11, 2020, in New York, N.Y. The number of coronavirus cases in New York state jumped Sunday to more than 100, a spread that forced the suspension of classes at schools across the state, including a district that has a faculty member with a positive test and Columbia and Hofstra universities. For most people, the new coronavirus causes only mild or moderate symptoms. For some it can cause more severe illness.  (AP Photo/John Minchillo)

CBS also decided to suspend production of the globe-trotting reality competition series “The Amazing Race" while in Prague, production was canceled for “The Falcon and the Winter Soldier.”

Arnold pointed out that in addition to finances, the global film industry is also at a greater risk of piracy.

CORONAVIRUS CAN REMAIN IN AIR FOR 3 HOURS, LIVE ON PLASTIC FOR DAYS, NEW STUDY SAYS

“They canceled the Chinese release of 'Mulan' but if they do put it out here in the U.S. at the end of March, how are they going to control privacy? That was an initial concern,” Arnold said.

"2020 is going to have an asterisk on it in terms of comparing it to any other year in the box office. I think that's apparently clear right now," Bock told Fox News.

Bock added: "It will be an outlier effect. Most of the data from 2020 will be pretty useless in terms of comparing it to any other year. As long as this all clears up by the holiday season, we're going to have a record-breaking holiday season with all the films that are going to be pigeon-holed in the theaters over the last three to four months of the year. There's no doubt about it. That will be a good sign going into 2021 if that does hold true.

"That said, there's not a better time in anybody's life to be involved in the streaming content. It is going to work out in Netflix, Disney+, Hulu and Amazon's favor because of the supposed shutdowns that are going to happen over the next couple months. This is absolutely the worst time for this to happen to theaters, who are already teetering and really having a tough go at it. It's been a tough battle between theatrical and streaming -- and this is going to hurt for the short-term."

For most people, the new coronavirus causes only mild or moderate symptoms, such as fever and cough. For some, especially older adults (60 years of age and older) and people with existing health problems, it can cause more severe illness, including pneumonia. The vast majority of people recover within a few weeks.