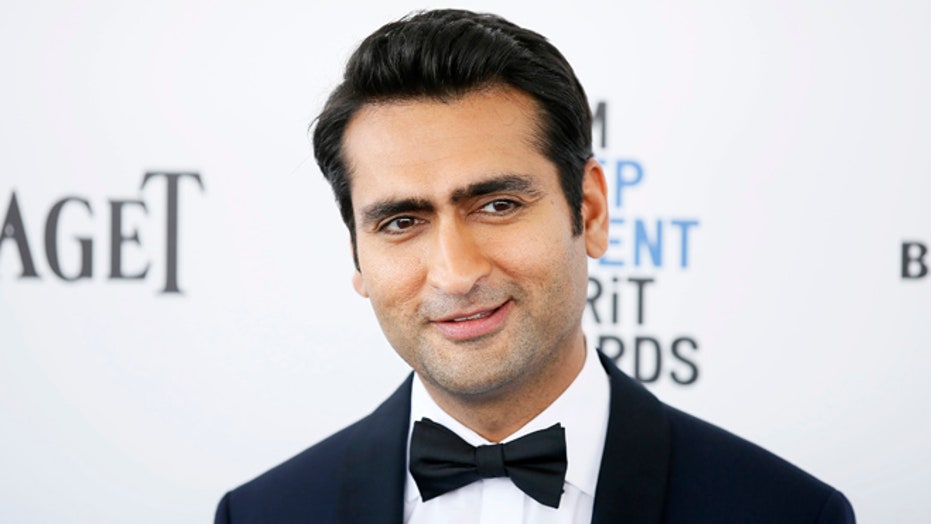 Kumail Nanjiani is arguably in the best shape of his life.

Back in December, the actor broke the Internet when he posted a shirtless photo of himself on social media showing off his ripped upper body after a year of working out for his new role in the upcoming Marvel superhero movie "The Eternals."

“I don’t want to discount people who genuinely have debilitating body issues. I don’t have that. But I did start getting some body dysmorphia. I’d look in the mirror and I’d see my abs – and when I looked again, they would fade. I would just see the flaws," he admitted in an interview for Men's Health magazine's April issue.

“When I saw that reaction [on social media] was when I was like, ‘OK, I clearly don’t see what’s actually there.’ It’s something I’m trying to be aware of and be better at because that’s not a good way to be. You want to be easy on yourself," Nanjiani said of reading the comments section.

Nanjiani's wife, Emily V. Gordon, said her DMs blew up with reactions to his new body, which was both exciting and confusing.

“Half the messages I got that day were from people being like, ‘Hey, I want to have sex with your husband, and the other half were from people making sure I was okay with my husband’s naked body being everywhere," she described. "It took a very private thing from our lives and made it incredibly public. And all I could be was really proud, because he looked amazing.”

Besides a personal trailer, Disney provided Nanjiani with a chef who prepared his meals so he could focus on his body.

“They were like, ‘If you’re going to have a can of Coke today, let us know in the morning so we can adjust and account for it,'" he said of how carefully planned his food intake was. "I tried all the different diets: paleo, keto, fasting. I’d go for a couple weeks, hit a plateau, and then switch. Now I take all of the lessons I’ve learned from all of them combined.”

The "Silicon Valley" star confessed that he originally thought that being in a big-budget action hero movie was out of his league — “It was a pipe dream, but I was very strategic about it. I was like, ‘I don’t want to be just part of the Marvel movie; I want to be a Marvel superhero.’”

But now he's ready to take the Marvel experience and use it to propel his career in a different direction. "This is a key time to establish how it’s going to be going forward, because it could very easily go back to how things were," Nanjiani said of his fitness levels.

"And I can’t do that. The goal is to get energy from the gym so I can do other stuff. People ask me, ‘Do you think you’re more intimidating now?’ And I’m like, ‘Not at all. These muscles are useless. They’re decorative."