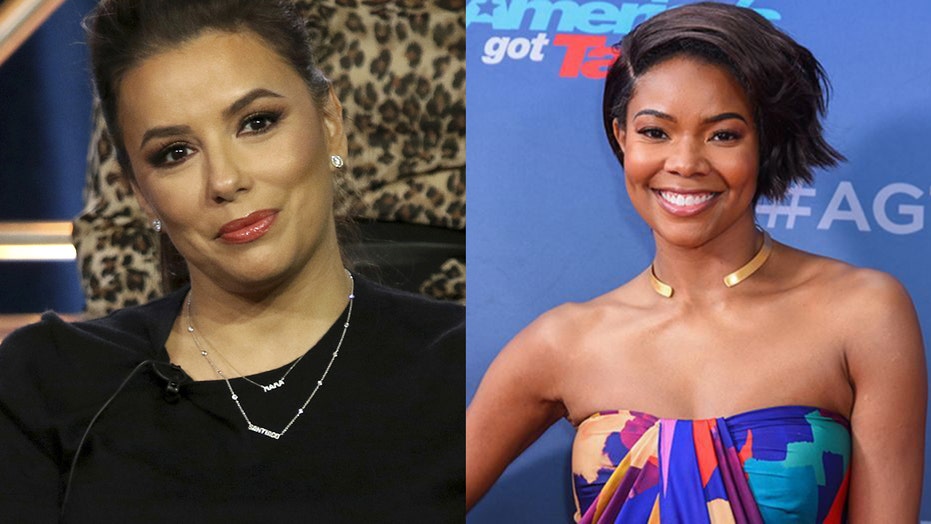 The former “Young and the Restless” star, 44, took to Instagram on Monday to offer support to Union following her allegations of racism behind the scenes of “AGT.”

“What @gabunion experienced on set at @NBC’s #AmericasGotTalent is unacceptable,” Longoria prefaced the post. “It’s time for @NBCUniversal to commit to long-term, concrete action to fix its toxic workplace culture and ensure safety and equity for all its workers.”

Longoria also makes reference to Time’s Up — an organization that was created in the wake of the #MeToo movement — stating, "#TimeUp on the imbalance of power."

“For too long, NBCUniversal has enabled toxic workplaces by protecting the careers of powerful men like Matt Lauer at the expense of women who speak out and are silenced through non-disclosure agreements,” the mission statement opens up.

“Union reportedly endured and witnessed racially-insensitive comments and excessive criticism about her physical appearance, and it also appears she was punished for speaking out,” the statement continued.

“TIME'S UP applauds Union for her courage and once again calls on NBC to take these allegations seriously and take concrete steps to foster a safe and equitable workplace. Union's experience shows that NBCUniversal still has a lot of work to do to change its culture, so discrimination, harassment, and retaliation are no longer tolerated at the company.”

JADA PINKETT SMITH AND GABRIELLE UNION ARE BACK ON GOOD TERMS

Union, 47, left “AGT” along with fellow judge Julianne Hough as a result of a “toxic” workplace culture, according to a report from Variety last week.

The report alleged that Union was subject to various racial criticisms, including her many hairstyle changes, which were perceived as “too black” for “AGT's” core demographic — a critique Union reportedly received over half a dozen times.