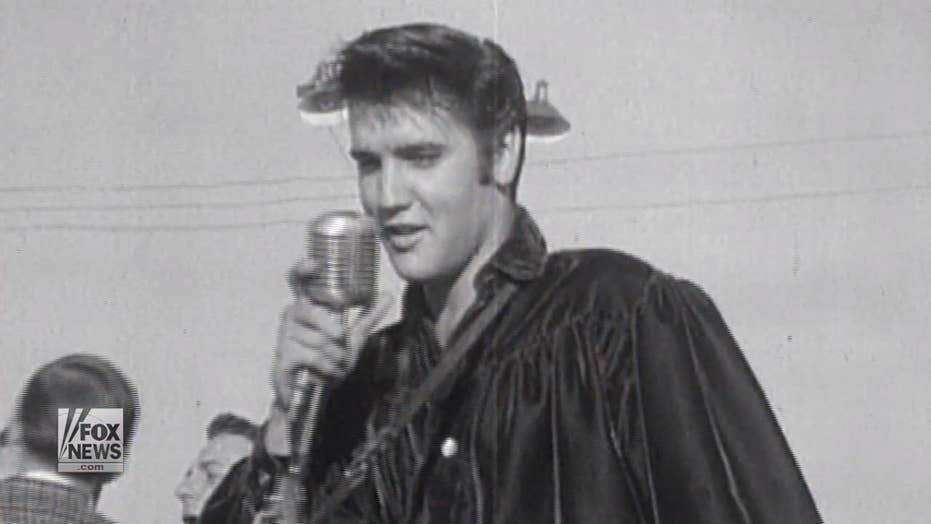 It’s been 40 years since Elvis Presley died at the age of 42, but former co-star Ann-Margret is still very protective over The King, according to Turner Classic Movies host Ben Mankiewicz.

“Ann-Margret does not discuss Elvis and not because she bears him any ill will,” Mankiewicz told Fox News. “Quite to the contrary, she is very eager to protect Elvis’ legacy and she thinks, correctly, that the media and others... sort of pick away at his legacy because we’re so desperate for information on him. And I suspect she thinks his career was mishandled by [manager] Colonel Tom Parker.”

In honor of the rock ’n’ roll star, TMC is airing 24 hours of movies Wednesday made by Presley as part of their Summer Under the Stars series.

Mankiewicz previously interviewed the now-76-year-old actress, who co-starred with Elvis in the 1964 romantic comedy “Viva Las Vegas.” Ann-Margret revealed in her 1994 memoir that she and Presley had a love affair that ended in 1964 when he believed she spoke with British tabloids, claiming they planned to marry. He called it quits and since then she avoids discussing the relationship with the press.

“A read of her autobiography, and she wrote it, makes it pretty clear that they were in love,” said Mankiewicz. “She doesn't say it in so many words, but she says it in enough words. And they clearly meant a great deal to each other. They loved each other."

He also added, "It probably couldn’t last. But they had a real meaningful connection with each other. They understood each other, they both come from small towns, they both loved motorcycles, and they both were uncomfortable in their spotlight of Hollywood… And I think that’s what connected them to each other during the duration of Elvis’ life… I think my understanding of it is we should all be so lucky to have a friendship that’s as meaningful as the one between Ann-Margret and Elvis Presley.”

Despite the doomed romance, Ann-Margret moved on and married fellow actor Roger Smith in 1967. It was the same year that Presley married Priscilla Ann Beaulieu, who was 10 year his junior at age 21. The couple welcomed daughter Lisa Marie in 1968, but would later divorce in 1973. Ann-Margret’s marriage lasted until Smith’s death this year at age 84.

Presley was a great film star in Mankiewicz's eyes.

“Those 31 movies that he made? None of them lost money. Not one, which is a remarkable record of consistency," he said. "And speaking of records, the money they made was enhanced massively because each movie had a record connected to it. And the records, of course, all made a tremendous amount of money.”

Mankiewicz noted all of Presley’s movies had a similar plot that featured his chart-topping songs. And because the formula proved to be so successful, it may have limited Presley from taking on more challenging roles.

Presley’s last movie, “Change of Habit,” would premiere in 1969. Mankiewicz isn’t sure whether Elvis would have gone on to pursue more success in Hollywood.

“Francis Ford Coppola or Martin Scorsese or Peter Bogdanovich, could they have done something interesting with Elvis Presley? There was a lot that Elvis had to offer and we underestimate him as a performer… There was just too much talent there.”