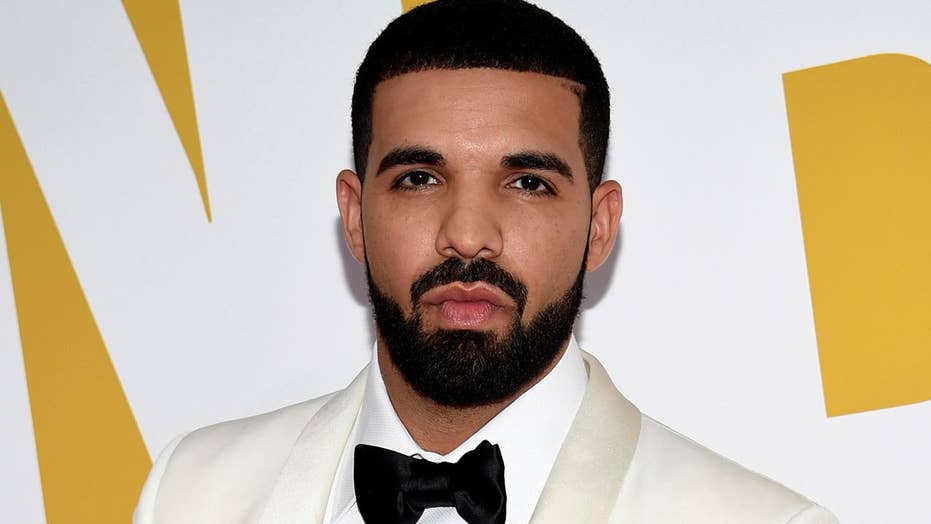 Top Talkers: Rapper Drake finishes the year as Billboard's Top Artist of 2018 and the No. 1 streaming artist on Spotify and Apple Music.

Drake has a new mode of transportation.

The rapper purchased a Boeing 767 cargo plane and has completely customized it to meet all his extravagant air travel needs.

The 32-year-old revealed the multimillion-dollar purchase on Instagram Friday. The video shows the exterior of the huge jet which features an OVO owl symbol, which represents Drake's company called October's Very Own and his music label OVO Sound.

DRAKE HANDS OUT $20G IN CASH TO MCDONALD'S EMPLOYEES: REPORT

One of the engines also has the phrase "Air Drake" decal.

The video tour also shows off the interior of the private plane, and it's the epitome of wealth with leather sofas, chairs, tables everything. Plus, there's even a bar.

Drake captioned the video, “Nothing was the same for real…” and says to the camera, “No rental, no timeshare, no co-owners.”

The Grammy winner partnered with the Canadian company CargoJet Inc to make his dreams a reality.

“We are very excited to partner with Drake as our ambassador and assisting him with his logistical needs and requirements,”  CargoJet’s President and CEO Ajay Virmani said in the statement. “We have had a lengthy relationship with Drake and this partnership has grown organically between both parties. Cargojet and Drake are both great Canadian successes, we are thrilled to be partnering together.”

According to Airways magazine, in 2017 the cost of a new Boeing 767-300F plane was a staggering $185 million. And that price is before all of the rapper's customization.