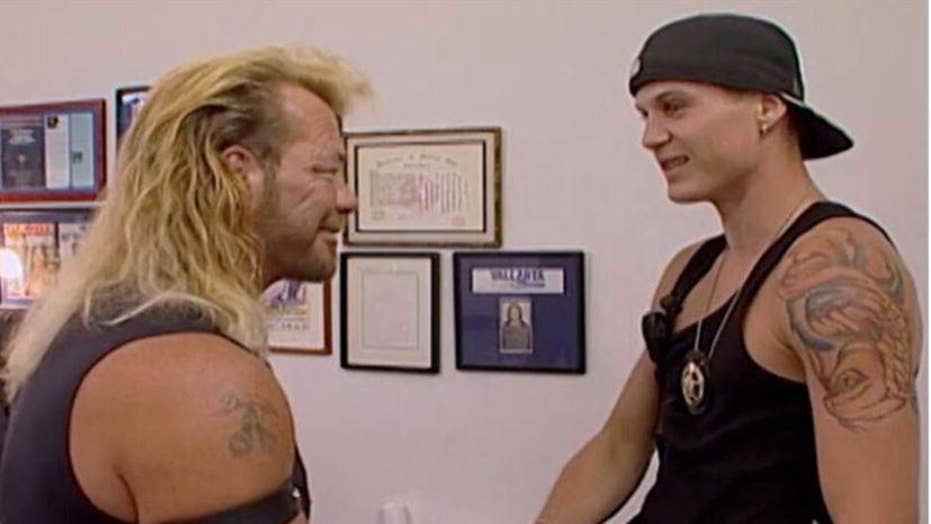 The daughter of 'Dog the Bounty Hunter', Lyssa Chapman, called the police on Dog's cast member Justin Bihag to report that he was violating a protective order prohibiting substance use. Lyssa reportedly heard of Bihag's behavior through a third party and felt obligated to inform the police.

A former cast member of “Dog the Bounty Hunter” was reportedly arrested over the weekend after the famed criminal catcher’s daughter called the cops on him.

According to TMZ, Justin Bihag, who has been referred to as Duane "Dog" Chapman's nephew on the show, was arrested on Sunday in Edgewater, Colo., on suspicion of violating a protective order prohibiting substance use.

Representatives for the Edgewater police department were not immediately available for comment.

The outlet reports that Dog’s daughter, Lyssa, who appeared on his show many times, was the one responsible for tipping off the police to Bihag's alleged parole violation. Officers reportedly arrived on the scene and discovered that Bihag smelled of alcohol and noticed signs of marijuana use throughout the house. Bihag reportedly called Chapman, who tried to calm him down, to no avail.

Lyssa reportedly heard of Bihag's behavior through a third party and felt obligated to inform the police.

On Twitter, Lyssa also lashed out at Bihag's mother, Moon Angell, over rumors that she was dating her famous dad.

As fans know, Dog’s wife of more than a decade, Beth Chapman, died in June 2019. Earlier this month, the 66-year-old reality TV star’s representative told Fox News that he is not, in fact, dating Angell and that she is simply spending time with him as he continues to grieve his late wife.

"They are friends and have been for many, many years.  Beth knew her well also for 25 years," said the rep. "They are not dating. She has been helping out as Duane is really missing Beth and needs someone around."

However, Lyssa tore into Angell on Twitter in response to a report that the two were dating.

"You’re disgusting woman," Lyssa tweeted. "Any person who moves in on a man weeks after losing his wife, who you were supposed to be a 'friend' to, is the lowest scum on the planet - Which for you wasn’t that far of a step down from where you were before. God will get you MARY!!!"

Angell defended herself in a since-deleted tweet, but Lyssa, 32, fired back.

She wrote: “I know you don’t know this. But he’s my dad you dummy. Riding is coat tail. B---h please. Lol. You’re dumb. Keep talking s--t about his baby and see how far that gets you.”

On Monday, Lyssa again tweeted, claiming that her late stepmother offered a warning about Angell before her passing.

“My dad is a GROWN A-- MAN. His money. His dynasty," said Lyssa. "But you can guarantee that my name is not going down in history as a person who supported this.”

On Monday, a day after Bihag was reportedly arrested, Lyssa took to Twitter again writing: “Nothing like a good dose of JUSTICE. One down, one to go.”

It's unclear if the tweet was in reference to Justin's arrest.