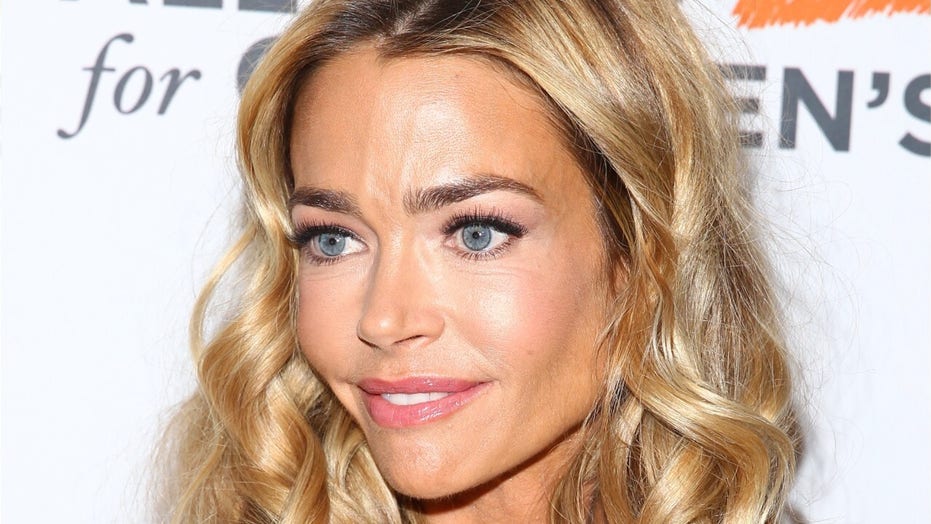 Denise Richards' joined 'The Real Housewives of Beverly Hills' in 2019, in Season 9. Here are her best moments after becoming a fan favorite in the show.

Denise Richards joined "The Real Housewives of Beverly Hills" in 2019 for Season 9 and was an instant fan favorite.

The "Wild Things" actress, 48, brought a laid-back Cali girl vibe to the cast but don't let that fool you.

She was feisty when she needed to be and didn't back down from a challenge. Richards also divulged about her former marriage to Charlie Sheen and loved to sip on tequila whenever the occasion called for a drink.

Here are the six best moments from the "RHOBH."

She wore a regular tank top and shorts to drinks on the terrace in the Bahamas.

"I packed the wrong s--t. I learned that quickly," Denise joked. The wives jetted away to the Bahamas for some sun and relaxation but little did Richards know that girls' trips really mean glam trips.

Fellow castmates Dorit Kemsley and Erika Girardi are known for traveling with their hair and makeup teams and Girardi even plans her outfits beforehand and takes pictures to make organization easier.

Richards showed up in a white tank top and shorts while some of the other women were wearing caftans and designer duds.

Richards revealed that Charlie Sheen once invited a hooker to Thanksgiving after their divorce.

“I’ll set a f— plate," she laughed. “Even a hooker deserves to have Thanksgiving dinner!”

The couple was married from 2002 to 2006 and have two daughters together. Richards later adopted a third daughter on her own.

Richards said she didn't ask for half of Sheen's money when they got divorced.

"I ain't a greedy f--king whore... he should have given me half of that goddamn money because I would have put it away for him," she said during a confessional interview.

In August, she claimed that Sheen actually owes her $450,000 in unpaid child support, according to court documents obtained by People and US Weekly.

"(Sheen) has squandered over $24 million from the sale in his interest in ‘Two and a Half Men’ to pay his personal debts and to support his extravagant lifestyle at the expense of support payments for his children," the documents stated.

4. A second chance at love

The former Bond girl constantly bragged about the penis size of her new husband, Aaron Phypers.

“Um, I thought he was very cute and I wanted to f--k him. I just wanted to have sex with him. He has a very big penis," she revealed to the wives' surprise.

Richards admitted she got Phypers a "happy ending" massage because he never had one before and the other wives were stunned at her confession.

“Aaron had never had a happy ending and we were on the hunt,” she told the other women on a camping trip. “I wanted him to have one."

Richards planned their oceanside Malibu wedding in two weeks. She and Phypers got married in September 2018 in an intimate outdoor ceremony with only 40 people in attendance.

“Most people plan a wedding six months, a year, two years out, and here we are a few days before our wedding,” she told Bravo.

She wore a dress designed by Mark Zunino in under 24 hours. "24 hours to make a wedding dress? NO PROBLEM!! Congratulations to Denise Richards and Aaron Phypers! Thank you for letting us be a part of your special day!" he captioned a photo from the big day.

Phypers was previously married to "Desperate Housewives" actress Nicollette Sheridan, but they separated in June 2016.