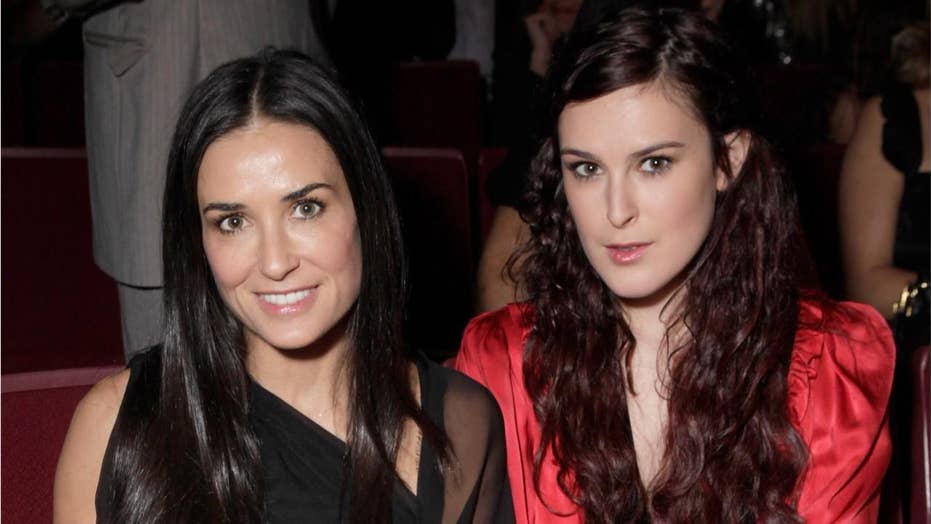 Demi Moore’s daughter Rumer Willis spoke candidly about how she felt during her mom’s confusing relationship with ex-husband Ashton Kutcher, which caused the mother and daughters to stop speaking to each other.

Moore, 56, was joined by daughters Rumer, 31 and Tallulah, 25, on the latest episode of Jada Pinkett-Smith’s Facebook Watch series “Red Table Talk.” Moore’s middle daughter, Scout, 28, did not appear. During the lengthy interview, the girls opened up about the tumultuous time when they stopped talking to their mom after her marriage fell apart.

“So much of that time, especially with Ashton, I was so angry because I felt like something that was mine had been taken away,” Rumer said. “I think also, when she wanted to have another baby and then it wasn’t happening, and there was so much focus on that, it was like ‘Oh, well we’re not enough.'”

Moore and the “Punk’d” co-creator began their romance in 2003 when they met at a dinner with mutual friends. The pair went on to marry two years later, separated in 2011 and were formally divorced in 2013.

In the episode, Rumer even dove into what led to the extended period of silence between Moore and her kids, noting that her mom’s miscarriage led to a lot of her confusion.

“Part of the reason I moved out of the house was, I think after you had a miscarriage, I literally was just like, ‘Why are you so desperate to have another kid?’ I couldn’t stand the idea,” Rumer said.

Moore opened up about her miscarriage at age 42 after being pregnant for six months in her tell-all memoir “Inside Out.”

“I can’t even really bring fully to words how lost, empty, desperate, confused … I really lost sight of everything that was right in front of me, which was the family that I had,” Moore wrote.

The actress also writes that she began abusing Vicodin and alcohol to cope with the divorce, which further drove a wedge between her and the daughters she shares with Bruce Willis.

Speaking on “Red Table Talk,” Moore confessed to feeling like she had an “addiction” to the “That 70s Show” star, who is now married to his co-star, Mila Kunis.