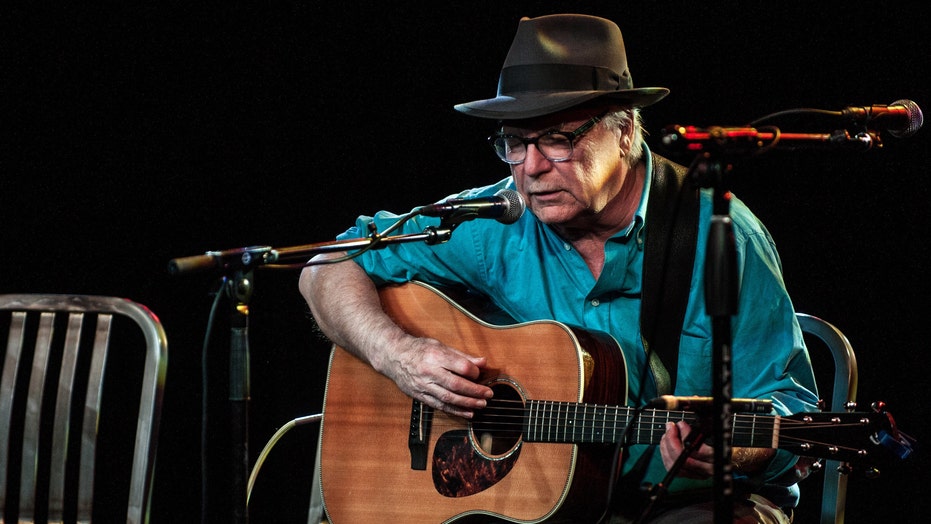 Folk singer-songwriter David Olney has died after he suffered an apparent heart attack Saturday while performing at the 30A Songwriters Festival in Santa Rosa Beach, Fla., a fellow performer said. Olney was 71.

Amy Rigby, who was with Olney at the time, shared the news on Facebook.

"David Olney, a beautiful man, a legend, a songwriting poet died last night," she wrote. "I was sitting next to him in the round, had been so honored and looking forward to getting to trade songs with him and Scott Miller. Olney was in the middle of his third song when he stopped, apologized and shut his eyes."

"He was very still, sitting upright with his guitar on, wearing the coolest hat and a beautiful rust suede jacket we laughed about because it was raining like hell outside the boathouse where we were playing- I just want the picture to be as graceful and dignified as it was, because it at first looked like he was just taking a moment," Rigby's statement continued. "Scott Miller had the presence of mind to say we needed to revive him. Doctors in the audience and 30A folks were all working so hard to get him to come to."

Rigby said it was a difficult post to make because she "can't really believe" that her fellow musician has passed.

"I am so sorry for his wife and family and friends and all the people who loved him and his music," Rigby, 61 concluded. "Even those who never heard of him. We all lost someone important last night."

Miller, who was also on stage, also wrote about the event on Facebook.

"Last night we lost David Olney, one of the finest songwriters I have had the pleasure of playing with and knowing," he wrote. "When I did my first show with him (maybe 5-6 years ago) my friend Robin Williams said, 'Oh, you are in for a treat' and indeed I was. What a force. What a writer. And what a nice guy."

Miller, 51, reminisced about spending time with Olney and their mutual love of modernist poetry.

"David was playing a song when he paused, said 'I’m sorry' and put his chin to his chest," Miller wrote. "He never dropped his guitar or fell off his stool. It was as easy and gentle as he was. We got him down and tried our best to revive him until the EMT’s arrived. The world lost a good one last night. But we still have his work. And it still inspires. And always will. RIP."

Olney released 20 albums over the course of his career.

His sounds would be covered by the likes of Emmylou Harris, Linda Ronstadt, Del McCoury and Steve Young.