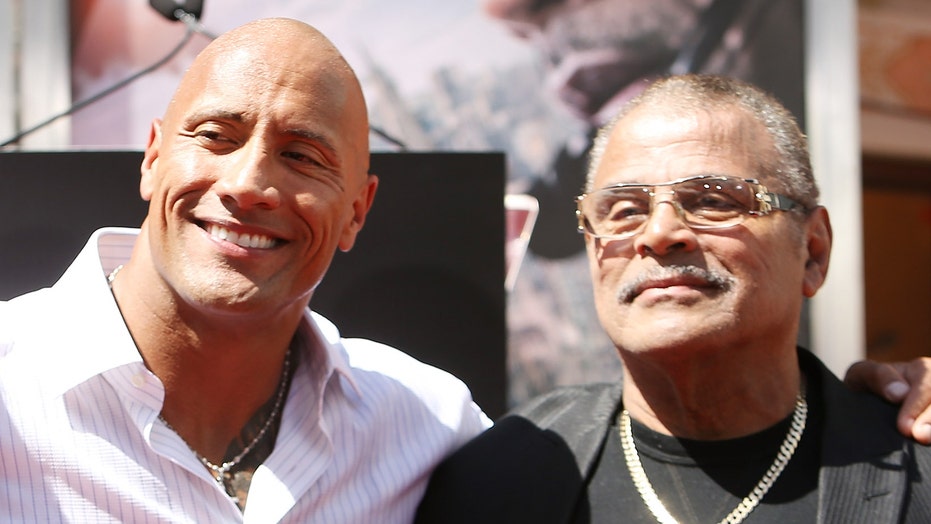 Dwayne “The Rock” Johnson broke his silence following the death of his father, WWE Hall of Famer Rocky Johnson, at age 75.

The 47-year-old “Hobbs and Shaw” actor took to Instagram Friday to share a video of his father in the ring that also captures a young Dwayne sitting ringside looking adoringly at his late dad.

“I love you. You broke color barriers, became a ring legend and trail blazed your way thru this world,” the star began his emotional post. “I was the boy sitting in the seats, watching and adoring you, my hero from afar.”

The Rock went on to thank his father for passing down virtues like “intense work” and giving him a roadmap to becoming a good father himself.

“Dad, I wish I had one more shot to tell you, I love you, before you crossed over to the other side. But you were ripped away from me so fast without warning,” the star continued. “Gone in an instant and no coming back. Im in pain. But we both know it’s just pain and it’ll pass.”

He concluded the lengthy post writing: “Now I’ll carry your mana and work ethic with me, as it’s time to move on because I have my family to feed and work to accomplish. Finally, I want you to rest your trailblazing soul, Soulman. Pain free, regret free, satisfied and at ease. You lived a very full, very hard, barrier breaking life and left it all in the ring. I love you dad and I’ll always be your proud and grateful son. Go rest high.”

The WWE confirmed the tragic news on Wednesday.

"WWE is saddened to learn that Rocky 'Soul Man' Johnson (born Wayde Douglas Bowles), a WWE Hall of Famer, former World Tag Team Champion, and father of Dwayne 'The Rock' Johnson, has passed away at age 75," the organization said.