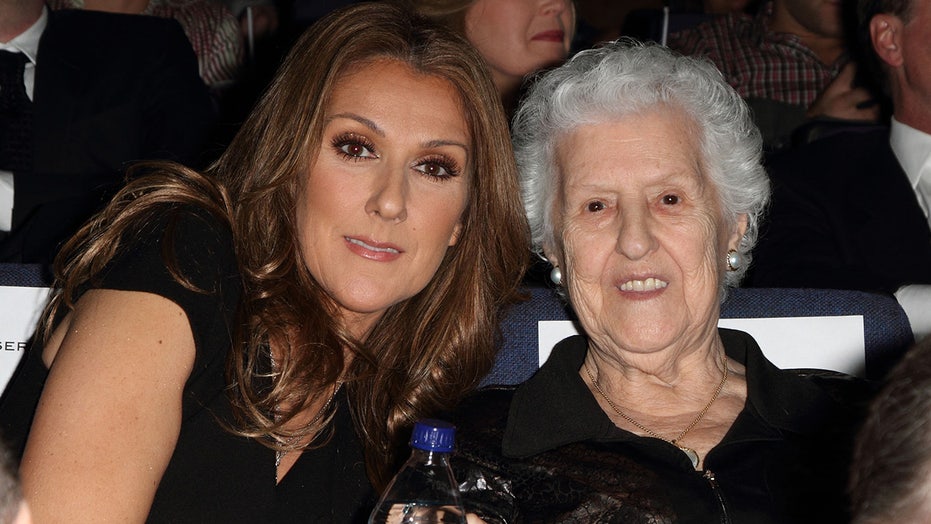 Celine Dion's mother, Thérèse Tanguay Dion, has died. She was 92.

Thérèse, who was widely known in Canada as "Mama Dion," died on Thursday after battling serious health issues for months, a representative for the singer confirmed to Fox News in a statement.

"It is with deep sadness that Feeling Productions announces the death of Mrs. Thérèse Tanguay Dion," the statement to Fox News said. "Mrs. Dion died peacefully at home last night, surrounded by her family."

The statement continued: "The family and loved ones thank you in advance for respecting their privacy during these difficult times. Details related to the funeral will be communicated later."

Celine Dion and Therese Tanguay Dion attend the premiere of Celine: Through The Eyes of The World presented by Piaget at Regal South Beach Cinema on February 16, 2010 in Miami Beach, Florida. (Alexander Tamargo/Getty Images for Sony)

Thérèse was mom to 14 children, including Celine, with husband Adhémar-Charles Dion, who died in 2003 at the age of 80, Entertainment Tonight said.

On Friday, the 51-year-old singer honored her late mother by sharing a black-and-white Instagram photo with the caption: "Maman, we love you so much…We dedicate tonight’s show to you and I’ll sing to you with all my heart. Love, Céline xx…"

The tragic news comes days after the four-year anniversary of Celine's husband René Angélil's death. Angélil died on Jan. 14, 2016 at the age of 73 after a lengthy battle with throat cancer.

Dion took to Instagram on Tuesday to pen a sweet tribute to her late spouse.